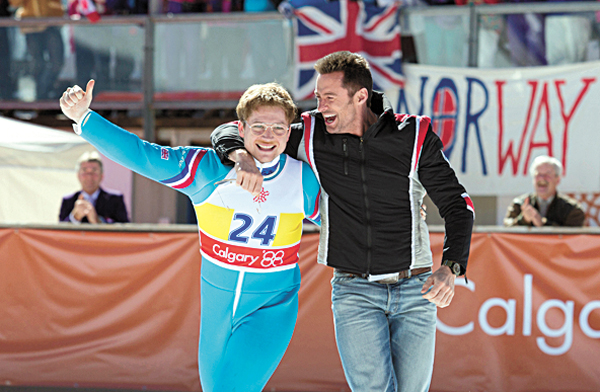 The word impossible is not in his dictionary.

Eddie Edwards, played by Taron Egerton, fails to be selected as the member of the national ski team.

Although he is discouraged, he does not give up, but rather tries to become a ski jumper.

His family and friends do not think that he could succeed at his dream, but he does not care. He has confidence and enthusiasm. He immediately joins the training team in Germany.

There, Edwards meets a top ski jumper, Bronson Peary, played by Hugh Jackman. He was kicked out of the U.S. national team due to his defiant attitude.

Now, Edwards finds Peary to be a perfect coach; the duo begins to move forward to take on the challenge to be the best in the world.

The film is based on the real story of Eddie “The Eagle” Edwards, who competed in the 1988 Winter Olympics as the first British ski jumper.

Lead actor Egerton gained fame through the popular film “Kingsman: The Secret Service” (2015), while Jackman has been active in the X-Men series.

What is happening outside? Where am I?

Michelle (Mary Elizabeth Winstead) has woken up in an unknown place after a mysterious accident. Then, a man who introduces himself as Howard (John Goodman) says that he saved her from the contaminated Earth. He alleges that the place she is in is the only safe place on Earth.

Emmett (John Gallagher Jr.), however, has almost blind faith in him. He locked himself up in this strange place.

Michelle cannot believe anyone, despite not knowing what is actually happening to her.

The film is the successor of the 2008 film “Cloverfield,” J.J. Abrams, who participated in the production, says that this film does not follow the plot of the previous one, only the general theme.

This is the debut film for director Dan Trachtenberg. He said when he read the script, he felt the tension between each page.

Abrams and Trachtenberg decided to produce the film in secret in order to give fresh shock to moviegoers who have high expectations following the previous film. The creativeness of the director and the production ability of Abrams make this a fascinating and mystifying film. 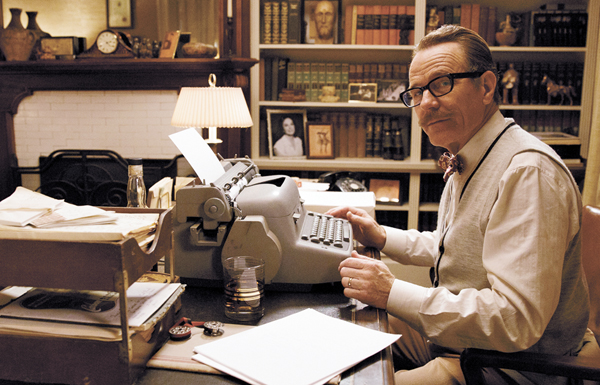 There are 11 names and two Academy Awards, but what if it was all the work of only one person, a legendary screenwriter?

In 1943, Hollywood was experiencing a golden age. Dalton Trumbo, played by Bryan Cranston, is a talented screenwriter. However, he is caught in a political scandal, which has landed his name on the Hollywood blacklist.

Now, Trumbo has lost all his wealth and esteem, but he has to save his family. Thus, he decides to write under pseudonyms.

Even his best-known film, “Roman Holiday” (1953), was released under the name of his fellow writer Ian McLellan Hunter. Almost 40 years later, it was possible for Trumbo to gain back the honor of being the real writer of that film.

As the story is based on a real person, Dalton Trumbo, there are other real characters in the film. Moviegoers are able to see Kirk Douglas (Dean O’Gorman), John Wayne (David James Elliott) and Edward G. Robinson (Michael Stuhlbarg).

It does not merely focus on representing the character, but also tries to portray how Trumbo fought against the unjust society.

I want to work, dance and live.

Ha-dam, played by Jeong Ha-dam, finds shelter in an abandoned house. She is a lonely girl without a family or friends. Even though her situation is bleak, she does not want to lose hope, so she tap dances every day if possible.

The film delivers a message about young teenage runaways, from both social and personal aspects. Also, the character of Ha-dam is a different kind of teenage girl who does not become a troublemaker. She wants to work and live well, but society does not provide any opportunities for her. She is desperate, but she cannot make a living.

Director Park Suk-young has again been invited to showcase “Steel Flower” at the 2015 Busan International Film Festival, after “Wild Flowers” was screened there in 2014. Park made his latest film more delicate and simple than his previous work. It also won the Best Film prize in the Horizons and Independent section at the 16th Florence Korea Film Fest.

Jeong showed her acting prowess in her debut film, “Wild Flowers,” and in a small role in “The Priests” (2015). This new film has few spoken lines, so she acts with her eyes instead of her words. 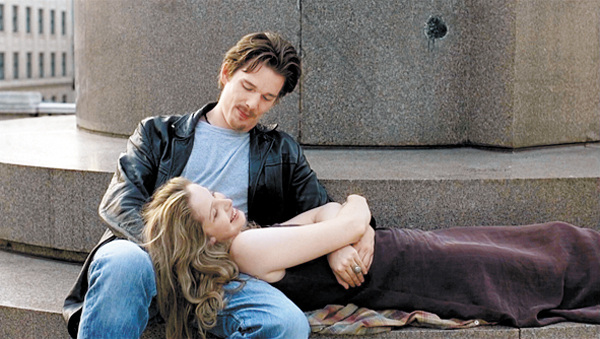 To celebrate the 20th anniversary of its release in 1996 in Korea, “Before Sunrise” is being re-released.

This unforgettable romance film has caused many moviegoers to daydream about finding unexpected love.

Jesse, played by Ethan Hawke, falls in love with Celine, played by Julie Delpy. Jesse was on the way back to America after a painful experience in Europe and Celine was returning to Paris. They meet on the train and disembark in Vienna. The city and their conversation seem like a summer night’s dream.

But after a day, they have to separate. They promise to meet again, but will they?

During the 105 minutes of the film, there are no flashbacks or gaps of time. Thus, viewers are able to follow the activities of the couple as if they are right there beside them.

Continuing the popularity of the first movie, two sequels were released: “Before Sunset” (2004) and “Before Midnight” (2013) were also were well-loved by moviegoers, showing the advancement of their relationship.

The sequels were each released nine years apart. And for 18 years, the same director and same actors participated, making the “Before” series even more special.

The film is only being released at Arte from Lotte Cinema. Arte has worked continuously to release art and indie films. There are in total nine Arte theaters nationwide. 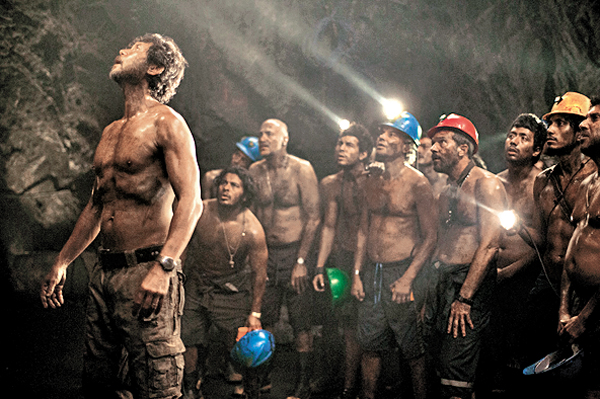 Recently, many films based on real stories are being released. “The 33” also features the touching story of the survivors of the 2010 Copiapo mining accident in northern Chile. The 33 miners were trapped underground for more than two months.

The film portrays 33 miners who are waiting to be rescued. They are buried deep down at 700 meters (2,297 feet) below the surface. It is impossible to think that these people could survive. But outside, families and friends are hoping for the miracle to happen.

As time passes by, the Chilean government intervenes to rescue the miners. Through drilling inside the cave, people begin to gain hope bit by bit.

The film has been acclaimed and was screened at the 2015 Busan International Film Festival.

Director Patricia Riggen highlighted the delicate expression of emotion of the miners and their families, who are all in miserable circumstances.

And screenwriter Craig Borten, who wrote “Dallas Buyers Club” (2013), joined to deliver a message of strong will and hope.