Senior prosecutor to be probed in Nexon case

Senior prosecutor to be probed in Nexon case 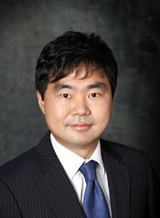 The presidential office ordered a thorough investigation on Thursday into a senior prosecutor’s suspicious stock investment, asking the Ministry of Justice to delay his resignation in order to question him as a public servant.

“The truth should be laid bare thoroughly, without prejudice, and he should face the consequences,” a Blue House official told the JoongAng Ilbo on Thursday referring to Jin Kyung-joon, chief prosecutor of the Korea Immigration Service under the Ministry of Justice, and an alleged sale of shares that resulted in a massive profit. After the government launched a probe into the 12.6 billion won ($10.9 million) sale of shares of game developer Nexon, Jin submitted his resignation on Saturday.
Concerns were expressed that he may escape the probe because he will become an ordinary citizen if his resignation is processed. According to the Public Service Ethics Act, the Government Public Ethic Committee can summon public officials for questioning and begin probes into their financial transactions if it suspects they have acquired property by taking advantage of their office.

“Now that it’s a scandal, a thorough probe is necessary,” the Blue House official said. “It is imperative to find out if he committed any wrongdoing.”

Another official said Jin’s case will be handled sternly.

“President Park Geun-hye has a principle that there will be no tolerance for corruption among public servants,” he said. “The case will be handled based on that standard.” 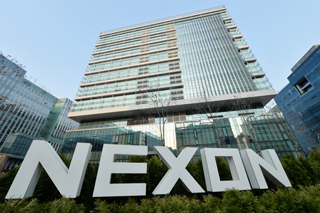 The Government Public Ethic Committee discovered last month that Jin sold his 853,700 Nexon shares for 12.6 billion won, suspecting that he took advantage of his office and relations with Nexon stakeholders in order to make an extraordinary profit.

According to Jin, he initially bought 8,537 Nexon shares in 2005, when they were unlisted. The number of shares expanded due to a stock split in 2011 when Nexon stocks were registered on the Japanese stock market.

From 2002 to 2004, Jin worked at the Financial Intelligence Unit, which operates under the Financial Services Commission. Jin and Kim Jung-ju, owners of the gaming company, are Seoul National University alumni.

Although Jin denied violating the law, he submitted his resignation on Saturday as soon as the government launched its probe.

According to sources, Park was informed about the case while she was abroad and ordered that a thorough investigation become a top priority. She visited the United States and Mexico last week.

Since Park took office, she has repeatedly pledged to root out corruption, vowing to show no tolerance for the crimes of public servants.