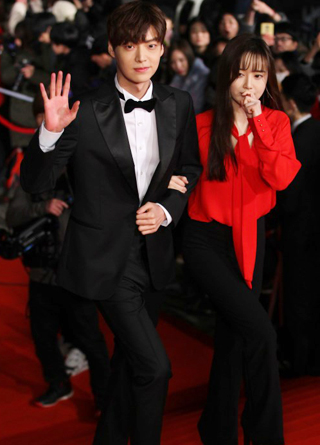 The star couple will tie the knot on May 21, according to Ahn’s agency, HB Entertainment. But in accordance with Ku’s wishes, they will not have a wedding ceremony but will only have a small gathering with their parents.

Ku, 31, said in a press statement that she wants to have a meaningful wedding day and thought it would be nice to instead donate the money for a wedding to a children’s hospital. “I’m so thankful that Ahn has willingly agreed to my suggestion,” the bride-to-be said in the statement.

The Korean Wave couple has been dating for about a year since they starred together in the KBS medical drama “Blood,” which ended last April. “After the drama came to an end, we started to plan for our future marriage,” the 28-year-old Ahn said.