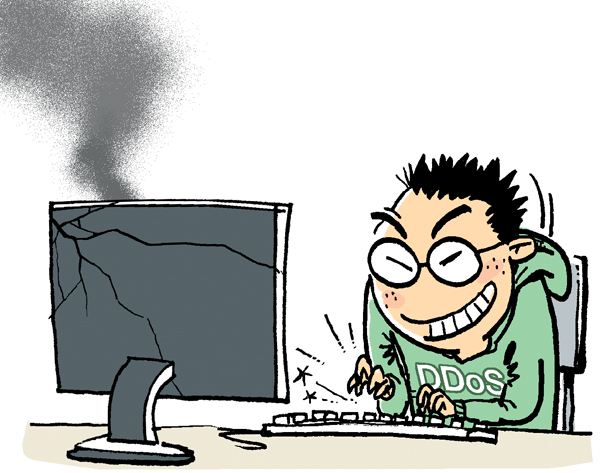 The Busan Police Agency raided a group of high school students who conducted attacks against illegal gambling websites on Thursday.
The six high school students used zombie computers, or computers that have been compromised by hackers to function as platforms for malicious activity, in order to flood illegal gambling sites with streams of data so powerful that access to the sites became delayed or even impossible. These types of attacks are known as distributed denial of service, or DDoS, attacks.

It began when one of the high schoolers uploaded a Trojan horse to 10 online storage sites. The Trojan looked like a pornographic game that turned systems into zombie computers. About 6,000 computer users downloaded the game.

The high schoolers then went to portal websites and advertised their ability to conduct DDoS attacks upon request. About 30 people requested attacks on 35 illegal gambling websites. For 70,000 won ($60) per hour, the high schoolers executed these attacks using their remotely-controlled zombie computers.

According to the investigation, five of the 30 people who made requests were affiliated with other illegal gambling sites. The five were also booked without physical detention. The Police Agency, however, did not take any measures against the 35 illegal gambling sites that came under the attack.

In addition to the DDoS attack, the high schoolers profited about 15 million won by purchasing the IP addresses of zombie computers for around 200 won and selling them at twice the price.

According to police, the high school students met online to share methods on how to use hacking tools, conduct DDoS attacks and operate zombie computers.