Korean soft power and the art of cultural diplomacy

Korean soft power and the art of cultural diplomacy 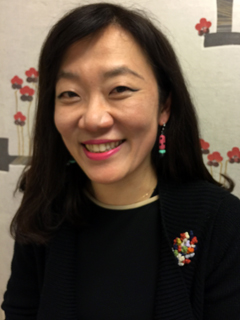 In the era of soft power, with Korean dramas such as “The Descendants of the Sun” (2016), a military romance, stirring the hearts and minds of fans across Asia, Korea has a lot to look forward to with the appointment of Sun Seung-hye who, now as director of the Cultural Cooperation Division, vows to become the bond between culture and diplomacy.

Sun, 46, was appointed to the position under the Ministry of Foreign Affairs on March 14. Popular opinion has praised Sun’s appointment as she seems to be the best person for the job.

Since her appointment, Sun has been busy going back and forth between Sejong City, Chungcheon and Seoul, her hands glued to her laptop and she maintains regular correspondence with various affiliates.

Sun earned her bachelor’s degree in aesthetics from Seoul National University and her master’s degree from the University of Tokyo. Her graduate thesis concerned utopian imagery in East Asian paintings.

She began her career as an arts and science researcher with the National Museum of Korea and later worked as a curator for the Cleveland Museum of Art in the United States. She served as an assistant professor in Sunkyunkwan University’s Academy of East Asian Studies and was the head of the arts and science research department at the Seoul Museum of Art right before she transferred to the Ministry of Foreign Affairs.

Sun also boasts an international career portfolio. In October 2004, she played an active role in the International Council of Museums held in Seoul and in 2012 she paid an important contribution to the purchase of the Korean Legation Building located in Washington D.C.

“If it wasn’t for her, we would have struggled,” said Kim Jong-kyu, the chairman of the National Trust for Cultural Heritage, who’s witnessed Sun’s remarkable performance in these two global events.

Sun pointed “mutual empathy” as the most appealing virtue of cultural diplomacy. It’s about being able to maximize self-actualization and the appreciation of one’s own culture by introducing it to friends of different cultural backgrounds, explained Sun.

“The cultural diplomacy I want to achieve resembles the Taeguk mark where yin and yang exist in harmony and there are no opposite extremes,” said Sun. “A diplomacy where nations can be combined into one big universe, regardless of difference in cultures or territories.”