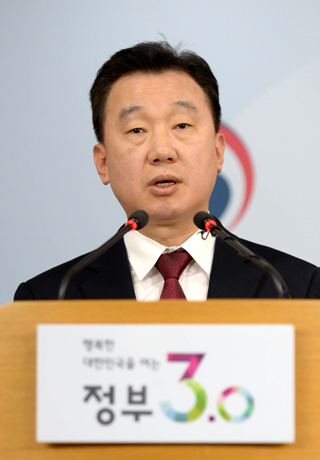 A group of 13 North Koreans who worked at one of Pyongyang’s overseas restaurants defected to the South, according to the Ministry of Unification here Friday.

The group was comprised of 12 female employees and their male manager, working for a restaurant that North Korea operates at an unspecified location overseas.

They arrived in the South on Thursday, said Jeong Joon-hee, the Unification Ministry spokesman, in a press briefing.

This is the first time that North Koreans working at the same restaurant defected as a group, and the South Korean government said it granted their request based on humanitarian grounds.

These overseas workers chose to defect because of their shared, growing skepticism regarding the North Korean regime, according to the ministry.

Jeong said, “As they lived overseas, they watched South Korean dramas and accessed the Internet to learn about the reality in South Korea and the fabrications in the regime’s propaganda.”

Following North Korea’s fourth nuclear test in January and long-range missile launch one month later, Seoul vowed to crack down on the sources of foreign currency into the isolationist regime, as it may help fund the development of weapons of mass destruction there.

Alongside the UN Security Council resolution, the South Korean government also on March 8 announced its own set of unilateral sanctions on Pyongyang, advising South Koreans not to visit North Korean restaurants overseas, particularly in China, as they function as sources of hard currency for the regime.

Jeong elaborated, “In a situation where the international community has been implementing strong sanctions against North Korea, there has been a strong impact on its overseas restaurants.”

He added that these restaurants “feel a considerable amount of pressure” because they are continually pressed to pay up.

In order to protect the defectors, the restaurant they worked in and the route they took to reach South Korea were not revealed.

One employee was said to have told the South Korean government that the group had, as a whole, agreed to head to the South, and that no one had opposed the idea.

They were described as middle-class people who worked overseas, with good temperaments.

Pyongyang currently operates some 130 restaurants in 12 countries, which draws in annually some $10 million, the South Korean government estimates.

Until 2012, there were around 100 North Korean restaurants overseas, and this number was increased by some 30 percent by the Kim Jong-un regime.