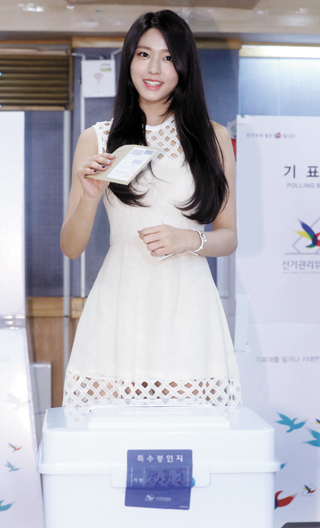 Seolhyun, a member of the popular K-pop group AOA, casts her ballot in a voting booth at the Cheongdam community center, southern Seoul. Seolhyun is an honorary ambassador for the general election, who encourages voters to exercise their democratic right. Early voting for the April 13 general election took place Friday and will continue Saturday. [JOINT PRESS CORPS]