Economics builds a Tower of Babel

Economics builds a Tower of Babel 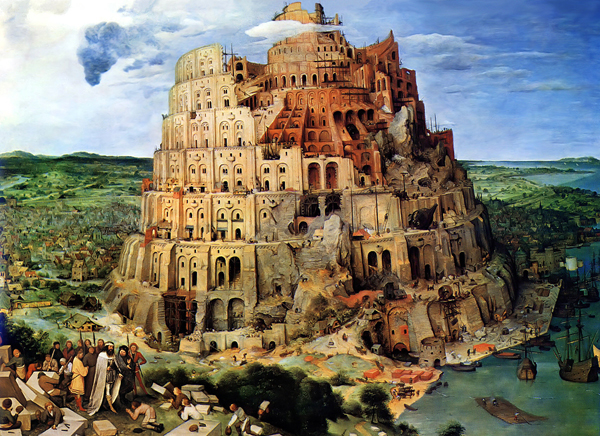 In Lewis Carroll’s “Through the Looking Glass,” Humpty Dumpty proudly declares: “When I use a word, it means just what I choose it to mean — neither more nor less.” To which Alice replies: “The question is whether you can make words mean so many different things.”
Humpty Dumpty could have been an economist. The modern economics profession made a collective decision, long ago, to develop a system of jargon in which words have multiple, sometimes contradictory meanings. Unfortunately, the general public’s reaction tends to be similar to that of poor Alice.

Want some examples? There’s no shortage.

Let’s take the word “investment.” Most people think this means buying some financial assets, such as stocks or bonds. That’s basically a form of lending — you give someone money today, and you hope they’ll give you back more money tomorrow. Economists call that “financial investment,” but the kind of investment they usually talk about is business investment, meaning a company’s purchase of capital goods. Since companies use debt to buy capital goods (or use their own cash, which is essentially the same thing), this kind of “investment” is actually a type of borrowing.

So economists use the same word to mean both borrowing and lending! That couldn’t possibly result in any confusion, right?
Two similar examples are “capital” and “equity.” “Equity” can mean stock — partial ownership of a company — or it can refer to “shareholders’ equity,” which is a measure of the value of a business.

“Capital” in econ can mean financial capital, i.e. money in the bank. More commonly, it refers to capital goods — productive stuff such as buildings or machines that help you create more stuff. Though economists usually use the term in the second way, many people outside the profession refer to financial capital as “economic capital.”

Confused yet? We’re just getting started. Everyone knows that economists love models where rational agents interact in an efficient market that reaches equilibrium, right? Except that almost every word in that sentence is complete nonsense, thanks to econ’s Humpty Dumpty-like tendency to redefine words without telling anyone.

So how about “equilibrium”? The word used to refer to a situation where prices adjust in order to clear markets, so that supply matches demand. Later, game theorists came up with “Nash equilibrium,” named after mathematician John Nash, which refers to a situation where everyone is responding optimally to everyone else in a strategic situation. Other concepts proliferated, and so by now the word has lost all meaning entirely. When economists say “equilibrium,” what they really mean is “any solution to any equations I decide to write down.”
Then there’s “rationality.” When some economists say “rational,” they mean that people simply pursue their desires. Others use the word to refer to a modeling technique called rational expectations, which says that people’s beliefs about the world match up with the economic model itself. Still others use it to mean Bayesian rationality, which is a way of revising one’s beliefs after considering the evidence.

“Efficient” can mean two very different things. It can mean that none of society’s resources are wasted. Or it can mean all of the available information in the world is reflected in market prices (this latter is usually used in connection with financial markets, as in the efficient markets hypothesis).

And “agent” is totally meaningless. It doesn’t mean a human being, because economists go to great pains to explain that the “agents” in their models are not necessarily supposed to represent individual human beings, even when those agents are called “consumers” or “workers.” The meaning is so vague that it seems to be a word economists chose just to get non-economists to stop bothering them with questions like, “So what, exactly, is your model supposed to represent?” It represents agents, of course! Silly non-economists.

So econ vocabulary is, to put it bluntly, a dumpster fire.

As a result, academic economists tend to talk right past each other at times. I’ve listened to two economists argue for 15 minutes about whether people are “rational,” only to have it turn out that they were using two different definitions, and were actually in agreement.
But a far worse consequence is the divide that this sloppy jargon creates between economists and the general public. Alice might have been polite to Humpty Dumpty, but Americans tend to react to economists in ways that are more … flamboyant and colorful. They berate economists for thinking that markets reach an equilibrium, not realizing that economists call anything an “equilibrium.”

Is this the fault of the general public for misunderstanding? I think it’s economists’ fault for not explaining. Economics is a social science, and it practitioners tend to live in their little silos, proudly ignoring the outside world. But beyond those silos, real policy decisions are getting made that will affect the lives of millions of agents … er, human beings. As jargon creates a greater and greater disconnect between what economists really believe and what the public thinks they believe, the chances grow that the discipline will suffer a Humpty-Dumpty-like fall in prestige and influence.


*The author is an assistant professor of finance at Stony Brook University.