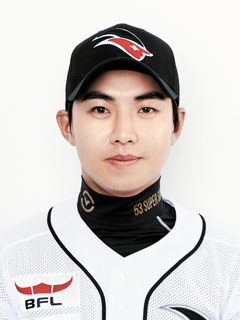 KT Wiz outfielder Lee Dae-hyung is nearing the 450th stolen base of his career.

As of Sunday, Lee has accumulated 447 stolen bases. As soon as Lee collects three more, he will be the fourth player in the KBO history to reach the record. Lee already has had two stolen bases since the season began on April 1, one on April 5 in the game against the Doosan Bears and the other on Sunday against the Kia Tigers.

Lee turned pro in 2003 when he was drafted to the LG Twins in the second round of KBO draft. After playing for the Kia Tigers for a season in 2014, Lee joined the Wiz in 2015.

His 447 career stolen bases is the most among KBO players currently playing.

Lee grabbed his first stolen base on April 10, 2003 against the Hanwha Eagles. Although his stolen base record was low in 2003 and 2004 due to a lack of opportunities to play in games, he began to make a name for himself in 2005 by carding 37 stolen bases during the season. He was third in the standings in stolen bases that year.

Since then, Lee’s been swiping double digit bases every season until last year. He was first named stolen base king in 2007 with 53 and also set a KBO record by stealing more than 50 bases each year for four years, from 2007 to 2010.

KBO players who have swiped over 450 bases in their career include Jeon Jun-ho of former Hyundai Unicorns, Lee Jong-beom of the Tigers and Jung Soo-keun of Lotte Giants. The KBO plans to present Lee with commemorative award when he collects his 450th stolen base.

“I can help the team by increasing my on-base percentage,” said Lee. “I have many good batters after me. So what I would like to do is get to the base before others and increase our chance to score a run.”