A successful shift from TV to movies

A successful shift from TV to movies 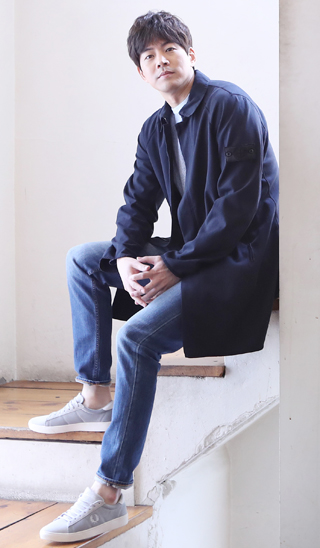 Actor Lee Sang-yun is taking on a new challenge by playing the lead in a movie for the first time after years of playing roles in TV dramas. In “Insane,” which took the No. 1 spot at the box office last week after being released Thursday, the actor has been receiving praise from critics for his successful attempt to move outside of the box with a new image.

He plays a producer who makes TV documentaries on social issues. In the movie, he digs into a story of a woman being held in a mental hospital. Compared to his previous roles as a good son in a heartwarming family for weekend dramas, his character in the movie seems new.

He said he was “drawn” to the story and the thriller genre.

“I found the story interesting because it continues to run and run until it hits an unexpected turnaround,” he said in an interview with Ilgan Sports, an affiliate of the Korea JoongAng Daily.

Q. How did you like the image change? For one thing, there are many scenes with you smoking, but you are a non-smoker. How did you feel about filming those scenes?

A. Maybe from the viewpoint of a smoker, my smoking could look very awkward. The director at first suggested getting rid of the scenes where I was smoking, but I said I would practice and come back. Sometimes a scene of a person smoking a cigarette tells a lot more than saying something in 10 words. So that’s why I didn’t want the scene to be cut. I have some buddies I work out with so I got some help from them. I only got to practice for about four to five days, so I think there was some clumsiness that comes from the lack of experience.

Your filming for this movie overlapped last year with another drama “Second Time Twenty Years Old,” which was lighter than the movie. How was that experience?

It was quite fun filming for two different productions. One day I would live in the emotions and thoughts of one character, and the day after I would live in the emotions and thoughts of the other character. It wasn’t so hard to take on each character, because the filming set I was on made it possible for me to turn into the character I was supposed to be. But I had another concern during the filming. I wasn’t sure which direction I needed to bring the character to. When we started filming, we didn’t have a completed script. Content was added during the filming, so it was hard to act without knowing what’s going to happen later.

The movie is rated R. Do you wish the rating included a more diverse audience age?

There are some people who say it’s good news while the other say it’s not. To me personally, I was shocked with the images I saw. There are some strong scenes filmed at a hospital.

Compared to the work you have done on TV through dramas, you haven’t done many movies. Do you have a thirst do more in the movie industry?

It will be nice to get more chances to be a part of movies. [Whether I will get those chances] will be up to the industry experts who watch this movie. I sure do want more chances. Unlike dramas, in movies you get to experience many different genres, characters and stories.

What’s your plan for the future?

I didn’t plan to play the lead in a commercial film. I also didn’t plan to do more weekday dramas than weekend dramas. I just want the opportunity to participate in productions that can help me continue taking on challenges as an actor.

What can you bring to attract more moviegoers to come watch the movie at the theater?

I can’t tell and in fact I don’t know. Even after years of acting in dramas, I am not very good at predicting the viewer rate, and I feel even more lost when it comes to bringing in ticket sales. I wish the movie doesn’t see a loss.