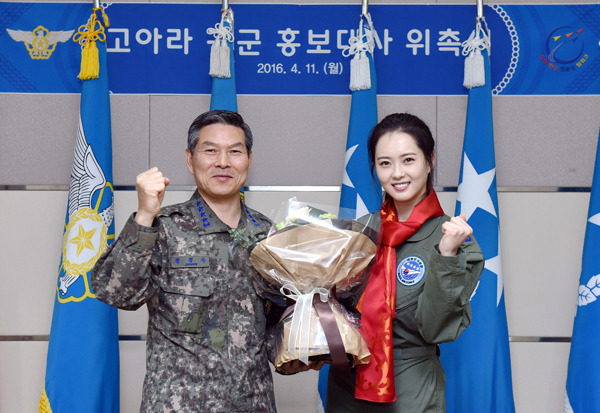 Actress Go A-ra has been appointed as the ambassador for the Korean Air Force.

During her one-year tenure as ambassador, Go will participate in official events of the Air Force as well as in recruiting and promotional campaigns. Her predecessors include comedian Kim Byung-man and announcer Jang Ye-won.

“Go’s resume and image stand for four essential values that the Air Force encourages our soldiers to pursue: challenge, professionalism, sacrifice and teamwork,” an Air Force official said. “We anticipate Go’s appointment will get us closer to the public.”

Go’s father is a sergeant major with 30 years of service in the Air Force.

“I am happy to have the opportunity to build such a special relationship with the Air Force, the group I have always admired,” the actress said.