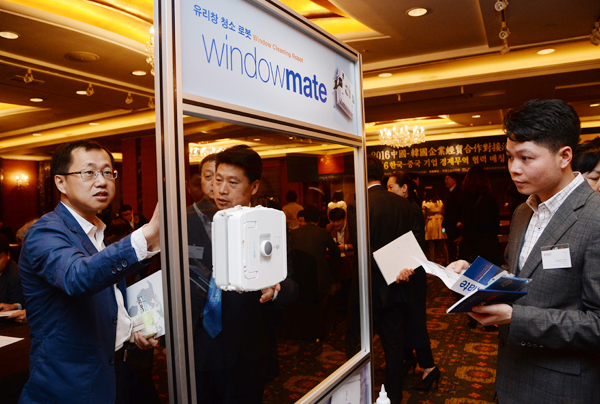 Chinese investors check out a product developed by a Korean company during an economic trade cooperation event held at Lotte Hotel in downtown Seoul on Monday. The event, organized by the Small and Medium Business Administration, introduced small and midsize Korean companies to Chinese companies from Heilongjiang, a province in the northern region of China that borders Russia. This is the second year that the event with the Chinese province has been held. This year, some 70 government officials and 60 companies from Heilongjiang attended. [NEWSIS]