The LG Electronics headquarters in Yeouido, western Seoul, on Monday. The company said in an earnings guidance that its first-quarter operating profit is estimated to have surged more than 65 percent year on year thanks to strong sales of high-end TVs and a weakened Korean won against the greenback. [NEWSIS]

Operating profit for the first three months of this year beat an analyst consensus of 426.5 billion won compiled by FnGuide, a financial information provider. Compared to the previous quarter, the profit surged 44.8 percent.

But LG’s first quarterly revenue was 13.4 trillion won, down 4.5 percent year on year and 8.2 percent quarter on quarter.

The company has followed in the footsteps of Samsung Electronics to release earnings guidances - revenue and operating profit - a few weeks before official results and sectoral performances. 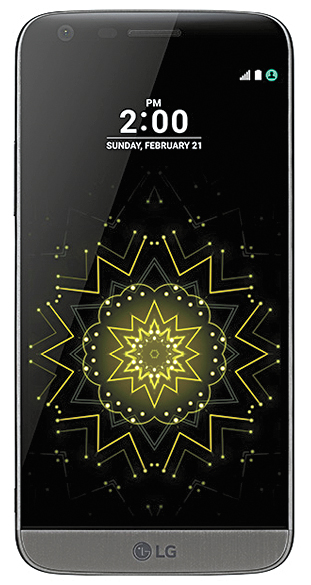 “We will publish guidance for quarterly earnings results at the beginning of the month, starting with the first quarter of 2016 to deliver management performance information more quickly and effectively,” the company said in a statement, “and release confirmed results at the end of the same month.”

The positive earnings surprise at the world’s second-largest TV producer was largely due to enhanced margins on high-end TVs and other home appliances and the weakened Korean won against the U.S. dollar in the first two months of this year.

Even though the period between January and March traditionally sees lower demand for TVs, LG’s premium organic light-emitting diode TVs remained popular, and sales of air conditioners and refrigerators began picking up as Koreans tend to traditionally move or tie the knot in spring.

But the mobile communications division, which covers smartphones, appears to have posted an operating loss of around 40 billion won, according to analysts, as it did in the third and fourth quarters last year.

But profit at the division is expected to rebound in the second quarter given that the G5 smartphone that LG ambitiously launched on March 31 has turned out to be an unexpected hit, according to analysts.

“Operating profit at LG’s mobile communications division is seen to surpass 41 billion won on the back of the G5,” said Lee Seung-woo, head of research at IBK Investment and Securities.

The Android phone has a set of paid extra accessories, what LG calls “friends,” which plug directly into the phone and boost battery life, camera controls and audio performance.

Some 15,000 phones were sold on the first day the model hit Korean shelves, and the new model has maintained daily sales of around 10,000 ever since, according to industry insiders. That is more than double the record for the G4, the G5’s predecessor.