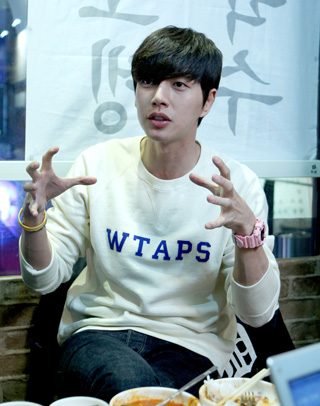 Korean Wave star Park Hae-jin will be on the cover of a Chinese fashion magazine.

Park’s management agency, Mountain Movement, announced Tuesday that the star will be the model for the cover of the May edition of the Chinese fashion magazine Yizhou.

The magazine reportedly has conducted a photo shoot and interview with Park.

With the role of Yoo Jung in the recent drama “Cheese in the Trap,” Park has risen to stardom in China after the drama’s success there. The star has also been nominated as a candidate for the best actor award at the 2016 LETV Movie and Drama Awards for the role he played in the Chinese drama “Far Away Love,” which recently ended.

The international star is scheduled to hold a free fan meet on April 23 at Olympic Park in southeastern Seoul, which will be broadcast live to Chinese fans via the Chinese video site Youku. Profits from the broadcast will be donated in Park’s name to help children in China.