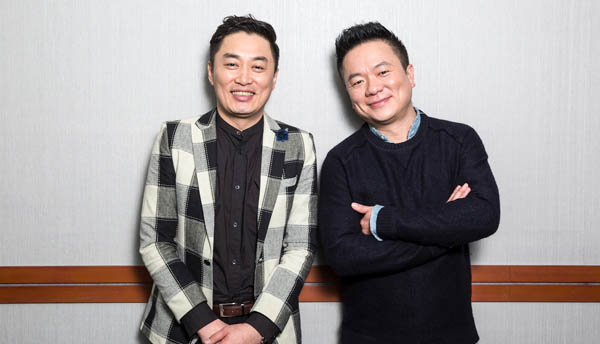 SBS, a major broadcaster in Korea, announced on Tuesday its decision to make a film to celebrate the show reaching its 10-year milestone.

Named after Cultwo, the comedian duo and hosts of the show, “Cultwo Show” shares the anecdotes of listeners and has been riding high since its launch in May 2006.

The 10-minute movie will have Woo Moon-ki, director of “The King of Jokgu” (2013), at the helm and will be based on the anecdotes shared by listeners on the show.

“The film is in its final production stage,” SBS said. “Future plans for the film will be released at the trade show.”

The popular comedy duo used to be on the regular cast of the SBS comedy show “People Who Seek Laughter.”