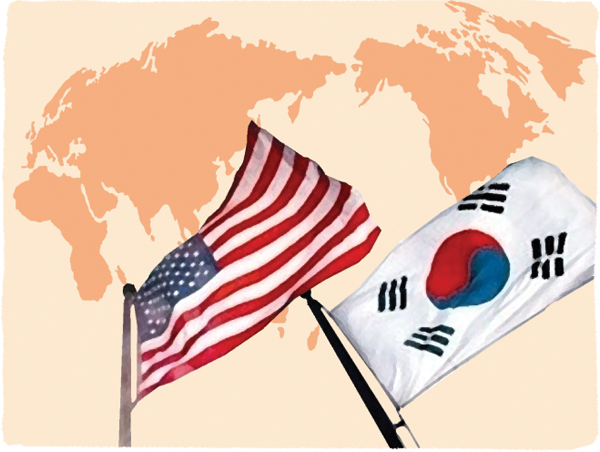 The security situation on the Korean Peninsula is becoming increasingly complex. The North has tested its fourth nuclear device and claims to have developed an engine that would allow the KN-08 missile to target the United States. Meanwhile, Kim Jong-un is engaging in a threatening propaganda campaign that depicts Seoul and Washington under nuclear attack. This would be the worst time to take focus away from the demilitarized zone. Or would it?

The ability of the international community, the UN Security Council and the U.S. military to respond to instability on the Korean Peninsula always depends in part on events elsewhere around the world. Even during the 1950-53 Korean War, the United States sent five infantry divisions to Europe to stop the mounting Soviet threat to West Germany.

Kim Il Sung was said to have listed three conditions for breaking the armistice and “liberating” the South: (1) the proper alignment of the Soviets, China and the United States; (2) a renewed uprising in the South; and (3) an occurrence in Europe or the Middle East that would distract the United States.

An uprising in the South is no longer plausible, but there is no shortage of international security pressures that could divide the major powers or distract the United States from Korea. For now, these distant challenges are manageable, but it is useful to consider what “black swans” could soon appear. Consider just these four:

Russia moves against the Baltic States. Vladimir Putin has largely succeeded in defying the West in Ukraine. He has taken Crimea — the first coercive violation of sovereign borders in Europe since the end of World War II — and he did so despite security guarantees offered to Kiev by Moscow in exchange for Ukraine abandoning former Soviet nuclear weapons.

Meanwhile, Putin continues to destabilize the sovereign government of Ukraine by supporting separatists, while his well-funded propaganda campaign in Western Europe successfully tricked Dutch voters into rejecting an EU free trade agreement with Kiev. It is true that Russia’s economy is in bad shape, but Putin remains popular because of his muscular foreign policy. An even weaker economy could mean even more aggressive coercion elsewhere — like the Baltic States.

Close to a third of Estonians and Latvians are Russian speakers concentrated along the border with Russia. Russian mechanized armored divisions could slice straight across any of those small countries ostensibly in defense of the “rights” of those Russian minorities. It would represent aggression against NATO member states and would set up a new Cold War, but could NATO respond in time? The result would be a badly divided UN Security Council and mounting demands for more U.S. troops in Europe.

China seizes strategic water. No … not strategic “waters” — we already know we have a problem with Chinese militarization of reclaimed island features in the South China Sea. But there is an equally dangerous scenario in which Beijing dams the headwaters of the Mekong, Indus and Brahmaputra Rivers to provide sufficient irrigation and drinking water to an increasingly parched Chinese people.

China has more than 400 cities that already have chronic shortages of water. Diverting the flow of rivers to cover that growing shortfall could threaten the economic survival of India and Vietnam, in addition to half a dozen smaller states. And India and Vietnam would fight. The implications for the Korean Peninsula would again be a badly divided UN Security Council and the kind of chaos among the major powers that might embolden Pyongyang.

Iran rebuilds its navy. Most advocates of nonproliferation are welcoming the U.S. nuclear deal with Tehran, but it is important to remember that Iran will now receive an estimated $100 billion windfall. Russian and Chinese firms are lining up to sign lucrative arms deals with Iran. The most infamous was the delivery of Russian S-300 surface-to-air missiles to Iran days after the deal’s completion.

However, the more destabilizing threat may ultimately be Iran’s navy. Right now, Iran has a “green-water” navy capable of sending sorties from home port against U.S. Navy ships or tankers in the Gulf of Hormuz. With huge cash reserves, Iran can now afford a blue-water navy that would threaten control of the Gulfs of Oman and Hormuz and the Arabian Sea. The threat to Middle East peace, oil exports and shipping would all draw the U.S. Navy back to that region despite the promise to keep 60 percent of surface vessels in the Pacific under Obama’s rebalance to Asia.

Arctic Conflict: the melting of the Arctic ice is making it more accessible for fishing, shipping and energy extraction. Korea has been particularly active with Russia to invest in energy resources. However, the Arctic Council, which was created in 1996 when there was a lot more ice, is not keeping up with the new geopolitical competition for dominance in the warming far north. Russia, in particular, has formed new Arctic brigades, deployed new submarines, and violated the airspace of Norway, Lithuania, Sweden, Canada and the United States with military aircraft.

Putin clearly views Russian interests as paramount in the Arctic. Would he demonstrate that with force? If he did, the result would be militarization of a part of the world that has not featured in geopolitics since U.S. and Soviet nuclear subs chased each other under the ice.
None of this is to say these scenarios will happen, even though they all could. They are called “black swans” because they are not expected or likely. Nevertheless, strategic thinkers should constantly refresh their lists of black swans if only to better manage potential risk. The constant potential for these kinds of threats to global stability serves as a reminder of why Korea has a stake in contributing to security globally, whether it is deploying the peacekeepers, Korea International Cooperation Agency volunteers or hosting the global nuclear summit.


*The author is senior vice president for the Asia and Japan chair at the Center for Strategic and International Studies and an associate professor at Georgetown University in Washington, D.C.