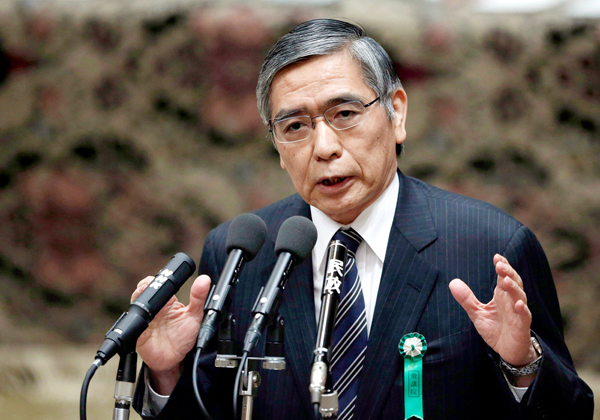 Japan’s economic and financial malaise once was thought to have little relevance for other advanced economies. Respected Western economists and policy makers even argued that “Japan couldn’t happen here.” But developments in recent years have led to a more humble attitude that recognizes the importance of understanding Japan’s experience, past and present.

1. It is not easy to decisively break out of a growth slump associated with the bursting of a financial bubble. The longer an economy is stuck in a low-growth regime, the greater the structural headwinds impeding an economic liftoff. This affects not just the current growth trajectory but future potential, too. Early in the last decade, the consensus view in the West was that Japan’s “lost decade” of economic growth easily could have been avoided had Japanese policy makers adopted more timely stimulative monetary and fiscal measures.
And when the West slipped into recession after the global financial crisis, this view contributed to the willingness of central banks in Europe and the United States to adopt a “whatever-it-takes” approach. Yet despite previously unthinkable and unconventional monetary measures by the European Central Bank and the Federal Reserve, neither Europe nor the United States has been able to achieve growth escape velocity.

2. Not long ago, deflation was unlikely to make the list of the 10 big economic risks to Western countries. As a result, few thought that these economies had anything to learn from Japan’s multi-decade battle with falling realized prices, entrenched expectations of low future inflation and the resulting headwind to consumption and investment.

This is no longer the case. Falling prices are among the European Central Bank’s top concerns, as well as the frequent impetus for increasingly experimental measures, including negative nominal interest rates. Deflation also features among the risks the Fed is taking into account, though to a lesser extent.

3. Although most central banks have had questions about whether artificially low interest rates could stimulate higher bank lending and sustainably power the economy forward, most felt confident that they could rely, again and again, on “portfolio rebalancing” as a short-term measure — that is, inducing investors to swap their holdings of “safe” government bonds with repressed yields for higher risk securities. The resulting boost in asset prices would have a marginal beneficial impact on growth, at least until a much-needed comprehensive policy response could take over from the extraordinary measures of central banks.

Japan’s experience now suggests the need for even greater qualifications to the already cautious assessment of the potency of unconventional monetary policies. The Bank of Japan’s surprise move into negative interest rate territory has been associated with a series of unintended consequences that complicate the country’s growth and financial stability outlook. From more illiquid markets for government bonds to indications that households are disengaging from the financial system, along with greater political scrutiny of the central bank and swelling popular anger about its policies, there is growing awareness of potential collateral damage. This realization has introduced an important element of caution to the notion that central banks can continue to carry so much of the policy burden, without such measures becoming counterproductive.

4. Most economics textbooks suggest that the more a systemically important central bank allows the widening of an interest rate differential with its international counterparts, the greater the impact on exchange rates. And if this central bank is loosening monetary policy further, its currency will depreciate.

After its central bank took rates negative, Japan has experienced a substantial appreciation of the yen rather than depreciation. This suggests that there is a limit to the impact of interest rate differentials.

5. The most important lesson from Japan is the need for policy makers to move simultaneously on what Prime Minister Shinzo Abe calls the “three arrows” — monetary easing, government spending and business deregulation.

The first two arrows alone, as Japan has discovered, do not suffice. Structural impediments to growth also must addressed, including counterproductive entry barriers to certain sectors, inadequate infrastructure, poorly functioning labor markets or pockets of excessive indebtedness. Otherwise, policy disappointments will be the rule rather than the exception, even as unconventional monetary policy loses not just its effectiveness but also risks becoming counterproductive.


*The author is a Bloomberg View columnist. He is also the chief economic adviser at Allianz SE.