Who will fall after BlackBerry?

Who will fall after BlackBerry? 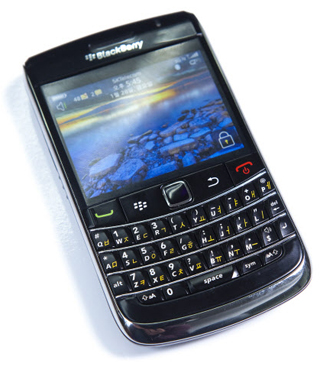 After various survival attempts, including selling the company, have failed, BlackBerry is seeking the last counterattack. The company has announced a plan to introduce two Android handsets. John Chen, the CEO of BlackBerry, announced that it would seriously consider switching to a software company if earnings in the hardware business do not improve by September. If its two Android models, the company’s last attempt, don’t work, it will pull out from the mobile phone business.

Last year, BlackBerry introduced the Android model Priv, but only 600,000 phones have been sold in the fourth quarter last year. In the previous quarter, 700,000 were sold. The company could avoid deficit if it sells at least 50 million devices a year.

This time again, American and European consumers complain, “I had used BlackBerry for 10 years, but this time, I switched over from the Z10 to the Galaxy S7.” “The Priv is good, but no consumer knows about it because of lack of marketing.”

When the BlackBerry was introduced in 1999, its email and messaging functions made it the choice device for business use. Known as the device used by President Barack Obama, it had a 51 percent market share in North America until 2009. Now, it holds about 1 percent of the smartphone market. After talks of selling the company, BlackBerry introduced a series of new models, from the Torch and Storm series to the BlackBerry 10 and Priv, but they all failed.

BlackBerry was one step late in making changes and underestimated competitors. When Apple introduced the iPhone and iOS in 2007, BlackBerry did not respond properly. Instead of presenting competitive new models, it focused on the software. But its own operating system was limited for applications. When it realized the problem, the market had already changed. Forrester Research and Gartner analyze that the BlackBerry 10 came out two years too late, and the Priv was too expensive.

The market is demanding BlackBerry stop clinging to the smartphone and accept its fate to become a software and security company. BlackBerry has outstanding security and software technologies, and it will still make money if it gets rid of the smartphone sector. It could learn from Nokia, which sold the smartphone part to Microsoft in 2013 and has made a comeback as a communications company. If BlackBerry does not make a choice now, its survival cannot be guaranteed.

Five years was not a long time to bring down the arrogant global leader. When BlackBerry is struggling despite technological dominance and countless patents, how should Korean companies, which have been chasers, not leaders, prepare for the future? Which company will fall after BlackBerry? The list goes on.


*The author is a deputy business news editor for the JoongAng Ilbo.