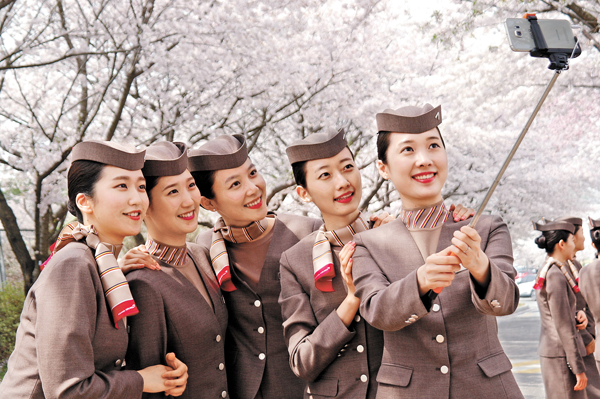 New flight attendants of Kumho Asiana Airlines take a selfie while enjoying an outing among cherry blossoms near the company’s headquarters in Gangseo District, southwestern Seoul, on Tuesday. According to the company, the new recruits will be starting on flights in early May after three months of training. [ASIANA AIRLINES]