VR gets its own killer app - and it’s pornography

VR gets its own killer app - and it’s pornography 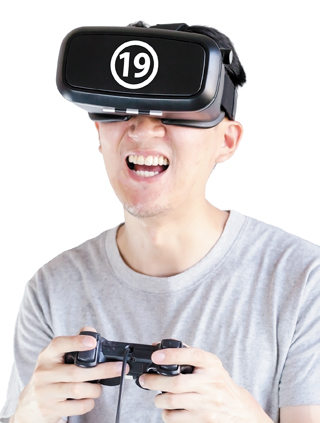 Park, a 16-year-old freshman at a high school in Sangdo-dong of southern Seoul, is into virtual reality — really into virtual reality. Thanks to virtual reality, or VR, Park can watch pornography during class breaks. He knows he’ll never get caught. When he has a VR headset on, no teacher or fellow student will have the slightest idea what he’s looking at.

“I’ve confiscated pornographic magazines before, but never have I had to confiscate virtual reality pornography,” Lee said.

Park and his friends call VR pornography “udon,” as in the Japanese noodle, which is derived from Korean slang for pornographic videos, or yadong.

VR pornography is quickly expanding its online presence: hundreds of VR pornographic films were available on peer-to-peer (P2P) file-sharing websites when a reporter checked three of them on Monday. Each 30 to 40-minute video sold at prices ranging from 100 to 200 won ($0.08 to $0.17).

Some are shared at no cost whatsoever. Blog websites sharing VR pornography for free are growing in numbers. Most do not have adult authentication system, and under-aged adolescents simply need to register as a user to access pornography.

“Downloading and watching VR pornography from these blog sites is as easy as [illegally] downloading movies and animations online,” said a 16-year-old surnamed Lim, a freshman student at a high school in Bupyeong District, Incheon.

“Just as the circulation of pornography went viral in the early years of the Internet, so VR pornography is likely to go through a similar phase of spikes in production and distribution,” said Lee Jae-hyun, professor of media and information at Seoul National University.
Experts are concerned about the effect of VR pornography on adolescents.

“I wish the schools would ban use of VR gear except for educational purposes,” said a parent who has a son in seventh grade.

President Lee Kyung-hwa of the Parents’ Union on Net called on the Ministry of Education to provide guidelines on healthy usage of VR equipment and offer students lessons on the harmful effects of pornography.