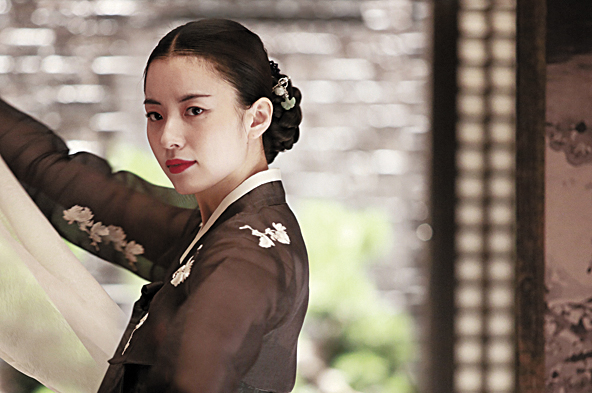 The two female students are best friends, but they have to compete for the one and only song that will touch the public’s hearts and minds. They cannot undo the different choices they have made. Who will sing the song?

The Daeseong gwonbeon is an agency that trains gisaeng, or female entertainers. The two students, So-yul, played by Han Hyo-joo, and Yeon-hee, played by Chun Woo-hee, have known each other for a long time.

However, with the song composed and written by Yoon-woo, played by Yoo Yeon-seok, they move into a phase of competition and betrayal.

The film features various Korean pop songs following the trends of the time, illustrating the history of music in this country. The music director, Lee Byung-hoon, focused on the sentiments of people that could represent the period of the 1940s.

Han has displayed wide range of acting in various genres. In particular, she was acclaimed for her roles in the films “Masquerade” (2012) and “The Beauty Inside” (2015).

Yoo has been well-loved by fans since he played the handsome baseball player in the TV series “Reply 1994.” In this film, however, he shows off his musical skills.

“Can I forget you if time passes by? It has to be you, but people say so easily that you must be forgotten.”

These are the lyrics of the song featured in this documentary, “To My Daughter.”

The documentary touches the issue of the Sewol ferry tragedy. Two years have passed and people try to avoid, or talk less about the tragic incident. The pain still lingers in society, but no one dares bring it up.

Fathers of four of the student victims, Se-ho, Seong-bin, Go-un and Da-young, deliver the message that the government and society should keep on working to find the exact reason why the tragedy occurred. In the form of interviews, they talk about the problems that need to be discussed to find solutions.

Additionally, 16 experts in various fields such as law, media and psychology among others discuss the ongoing issues in Korean society. It is difficult to say that this kind of tragedy will not happen again, they say. They accuse the corrupt safety system that government has constructed. Change is necessary.

Director Kim Dong-bin actually saw the announcement on the news that all had been rescued, but later it turned out to be false. As Kim felt something went wrong, he decided to produce the documentary. All the 25 staff who worked on this project were volunteers. 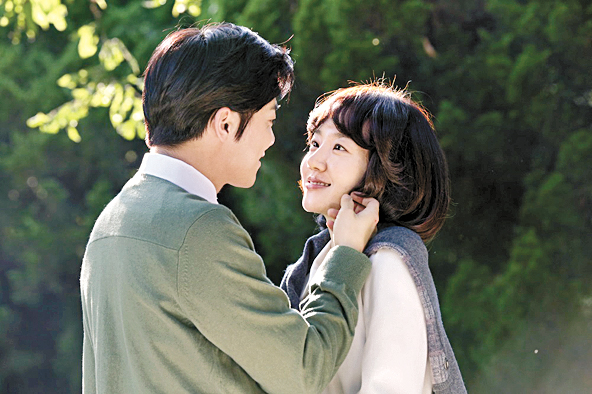 Ji-hwan, played by Cho Jung-seok, proposes to his lover, Yoon-jung, played by Lim Soo-jung, in 1983. However, he is stabbed by a robber and loses consciousness.

In 2015, Gun-woo, played by Lee Jin-wook, is shot by a criminal he was chasing after. On the same day, at the same time, in the same place, but 30 years apart, the two are hospitalized. They barely survive and something strange starts happening.

They begin to share dreams and know each other’s life. In the dreams, it is possible for them to know the future and the past.

Director Kwak Jae-yong has been acclaimed for his well-known films “My Sassy Girl” (2001) and “The Classic” (2003). This is the first time producing a thriller for Kwak. He said he wanted to portray the desperate desire to save the ones we love.

Life Is Beautiful (All)

The beautiful yet sad story is revisiting Korea after its initial release in 1997. The film is acclaimed as one of the most touching films, even though it deals with one of the most tragic events in history, the Holocaust.

Guido (Roberto Benigni) comes across a beautiful young lady, Dora (Nicoletta Braschi). He falls in love with her at first sight and succeeds in marrying her. They have a child, Giosue (Giorgio Cantarini).

However, the happy days do not continue. One day, the Nazis come to their house and take Guido and Giosue away to a concentration camp. So as not to frighten his son, Guido tries to soothe him by telling him that they are playing a little game. Dora also follows her family even though she is not Jewish.

The film well intermixes humor with the sad and terrible occurrences with death around every corner.

Director Roberto Benigni completed the film based on the statement of Leon Trotsky, who said, “Life is beautiful,” before he died. The director’s personal family history was recreated in some parts as well.

Nothing is more precious than family. Seeing the efforts of Guido to save his beloved family no matter the circumstances is devastating and will touch the hearts of moviegoers. 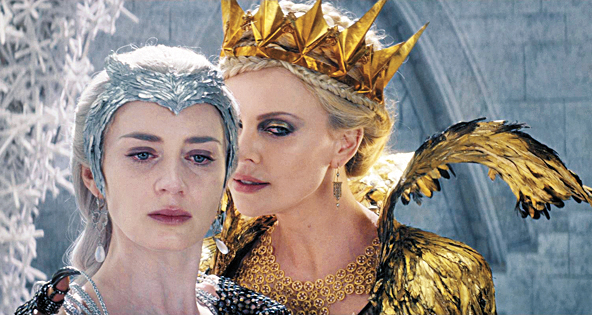 War is unavoidable in order to seize the mirror, the source of absolute power.

The Ice Queen, Freya, played by Emily Blunt, tries to take over control of the world after her sister, the Evil Queen, Ravenna, played by Charlize Theron, died. An army composed of Huntsmen is summoned to take possession of the mirror. Eric, one of the Huntsmen, played by Chris Hemsworth, realizes the scheme of the Ice Queen, so he tries to get to it before her. However, his plan does not succeed.

The rule of the Ice Queen is that love is prohibited; only allegiance for the queen is allowed. However, Eric and Sara, played by Jessica Chastain, fall in love.

The film is a sequel to “Snow White and the Huntsman,” released in 2012, which borrowed only the general theme of the famous fairy tale, “Snow White.”

This is the debut film for director Cedric Nicolas-Troyan. He is well-known as a visual effects artist. In particular, he participated in the project nominated for the Academy Award for Best Visual Effects in 2012.

Life and death are always interwoven, and this David (Tim Roth) knows well.

Working as the nurse, who takes care of patients with chronic illnesses, David does his best to sympathize with the patients. He becomes whoever the patients want to meet or to be. However, he does not care much about his own life.

But some family members of the patients think he is going too far. They do not like him. Then one day, he cannot help but leave his job. What has happened and what will happen to his life?

Michel Franco, a Mexican director, has been acknowledged worldwide for his debut film “Daniel & Ana” in 2009. Then, “After Lucia” (2012) won the Best Foreign Language Oscar at the 85th Academy Awards. At the Cannes International Film Festival last year, Franco won the award for ‘Best Screenplay’ for his recent film.

The film is quite stationary, without much dynamism in entertaining factors. Rather, the calm atmosphere and the real-life events make it tough for moviegoers to watch, but it allows us to think about relationships.

There are 11 names and two Academy Awards, but what if it was all the work of only one person, a legendary screenwriter?

In 1943, Hollywood was experiencing a golden age. Dalton Trumbo, played by Bryan Cranston, is a talented screenwriter. However, he is caught in a political scandal, which has landed his name on the Hollywood blacklist.

Now, Trumbo has lost all his wealth and esteem, but he has to save his family. Thus, he decides to write under pseudonyms.

Even his best-known film, “Roman Holiday” (1953), was released under the name of his fellow writer Ian McLellan Hunter. Almost 40 years later, it was possible for Trumbo to gain back the honor of being the real writer of that film.