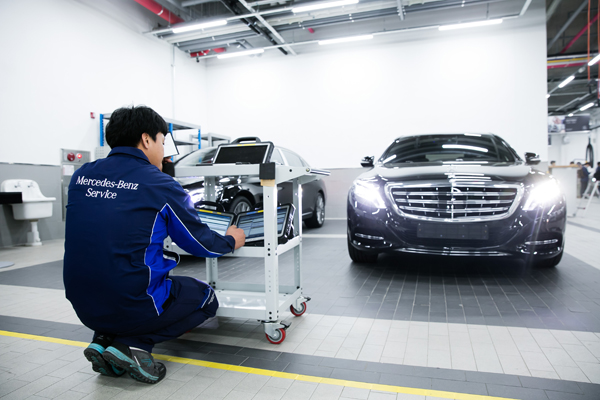 Korea’s labor market, especially for people in their 20s, continues to be sluggish, and the youth unemployment rate remained in the double digits for the second month in a row.

According to data released Friday by Statistics Korea, the unemployment rate in March among job seekers ages 15 to 29 was 11.8 percent, 1.1 percentage points higher than a year earlier and a record rate for March historically.

“There are a lot of people who apply for entry-level government jobs, and applications and entrance examinations take place from January to April, and this made the unemployment rate go up,” said Shim Won-bo, a director at Statistics Korea. “Additionally, local companies started their hiring process in February and March.”

The economically active population in March was 26.96 million, up 379,000 or 0.2 percentage points from the previous year.

An 11.8% rate is the highest since 1999, when the government started compiling the data. It clearly shows that young people have greater competition than previous generation in finding jobs.

The rate is higher than in other developed countries. The United States recorded a 10.4 percent youth unemployment rate in March. In Japan, the rate was 5.6 percent in February, and in Germany, it was 7.1 percent.

By region, Daegu and Incheon recorded the highest unemployment rate at 5.4 percent. Jeju Island’s rate was 2.1 percent, the lowest in the nation, and Seoul recorded 4.8 percent.

Employment among males has fallen, while among females, it has risen, according to Statistics Korea.

The total number of employees as of March stood at 25.8 million, up 300,000 from last year, largely due to an increase in the number of seniors working. There were 185,000 more people age 60 and over who were working as of March compared to the previous year.

The number of people in their 30s working, on the other hand, dropped by 29,000 during the same period.

Services and manufacturing hired more employees, while the number dropped for the construction and agricultural sectors.

The Ministry of Strategy and Finance said it will try to find ways to boost jobs.

“The government will announce specific plans to help young and female job seekers this month,” a ministry spokesperson said. “We also expect the labor market to improve since various economic indicators such as exports have continued to improve.”

Meanwhile, another report released Friday showed that Koreans are not satisfied with their jobs. According to JobKorea, 66.4 percent of currently employed people said they would like to move to foreign companies operating in Korea, since they offer higher salaries and better benefits.

Google Korea was the most popular such company.