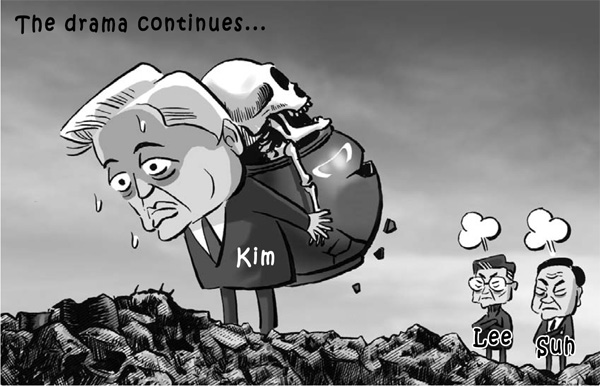 After the ruling Saenuri Party’s crushing defeat in the April 13 general election, an internal fight continues to hold somebody accountable for the loss. Nomination Committee Chairman Lee Hahn-koo and Suh Chung-won, leader of the pro-Park Geun-hye faction, blame Kim for the defeat despite their share of responsibility.