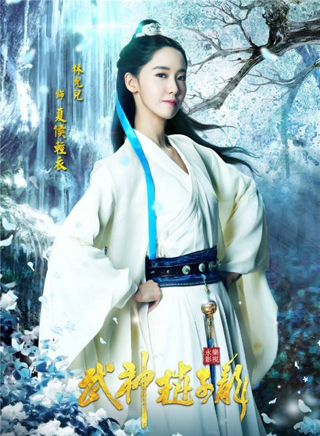 A member of the K-pop girl group, Girls Generation, Yoona can’t help but smile at the influx of casting proposals from Chinese drama producers.

Yoona’s agency, SM Entertainment, announced Saturday that as many as 30 offers have been made so far.

The management revealed that they “will decide which to take part in after thorough consideration.”

Such love for the star was triggered by her first-ever Chinese historical drama series, “God of War, Zhao Yun,” in which she plays the female lead. The drama has clinched the first spot in viewership ratings and has surpassed 2.3 billion online clicks within its first 12 days.

The star also participated in a Chinese entertainment program last month on the Chinese network Hunan TV, where she interacted with local celebrities in fluent Mandarin.

Now that the shooting for the 60-episode drama has come to an end, the 25-year-old singer is already working on a new Korean drama with Hyun-bin as her male counterpart.