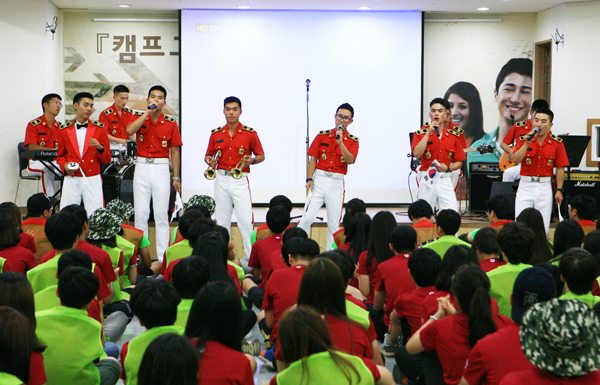 The latest hot military drama, “Descendant of the Sun,” starring Song Joong-ki and Song Hye-kyo, recently had its finale. Although its hyperbolic depictions and excessive product placements may have tainted the show’s image to a certain extent, the financial profit it generated was the biggest cash bonanza the Korean drama circle has experienced in recent memory. With the fever of it all yet to subside, Gyeonggi province has announced its plan to exploit the drama’s lingering impact.

The Gyeonggi provincial government and Gyeonggi Tourism Organization announced they will make the filming site of the drama, Camp Greaves, into a tourist attraction.

Located within the Civilian Control Line, Camp Greaves is an old U.S army post in Paju, Gyeonggi, established in 1953, shortly after North and South Korea signed the armistice agreement. After the troops pulled back in 2004, and property rights were returned to South Korea in 2007, the barracks were converted in 2013 into a demilitarized zone experience center. Since its opening, the center has garnered as many as 18,000 visitors over the last two years. The scenes in the fictional country of Uruk, the fictional place within the drama where Captain Yoo Si-jin (Song Joong-ki) and Kang Mo-yeon (Song Hye-kyo) are deployed together, were shot here.

Organizers plan to launch the tourist program on May 1. The tour will show the barracks, uniforms and other military equipment from the drama. “To host not only the Korean tourists but also those from overseas, we plan to reproduce the production set and set up photo zones,” said one official.

Catering to tourists from overseas, the program will feature already-existing attractions in Gyeonggi, such as Hyeri village and the local theme park and arboretum. A two-day program will take tourists to Imjingak Pyeonghoa-Nuri park, the Civilian Control Line and many other attractions in the northern part of Gyeonggi province. 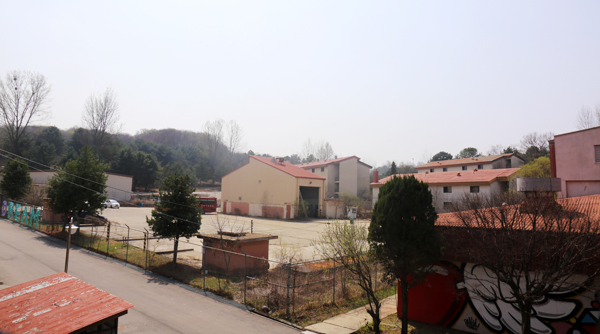 The film site of the drama, “Descedant of the Sun,” and old U.S. Army post, Camp Greaves. [Gyeonggi Tourism Organazation]

The government is also setting up offices in landmark cities of a few Asian countries to actively host potential overseas customers. Set up to cooperate with the Korean Railroad Corporation (Korail), the organizers will develop different tour programs.

The provincial government and Gyeonggi Tourism Organization, beginning this month, are investing 35.5 billion won ($3.1 million) in renovating the 34 buildings within the camp into a historic park and cultural facility. The park is scheduled to be completed by 2018 and will comprise a creative arts center, army experience center, army archive exhibition and more.

The building with the observatory will be remodeled into a restaurant where visitors can enjoy the commanding view of Imjin river and Imjingak Pyeonghoa-Nuri Park.

“‘Descendants of the Sun’ greatly heightened people’s interest in the demilitarized zone in Korea,” Lee Jae-Hong, the mayor of Paju, said. “We anticipate the drama’s filming site and the renovation of old barracks will do its job to fulfill that interest.”

The drama’s record setting run came to an end on Thursday.