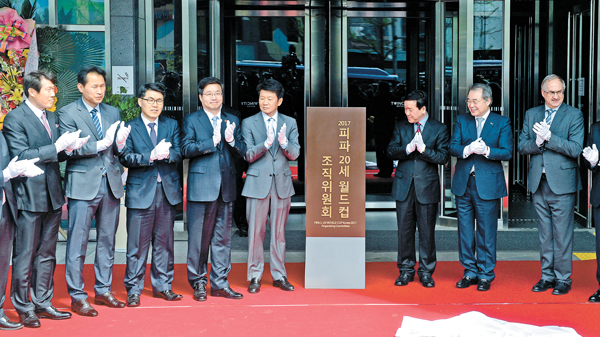 Members of 2017 FIFA U-20 World Cup Organizing Committee pose during a signboard unveiling ceremony in Seoul Monday. The organizing committee is led by Korea Football Association President Chung Mong-gyu, fifth from left, and will oversee preparations for the U-20 World Cup, which will take place in Korea next year. Also present at the ceremony were committee deputy chief Cha Bum-kun, far left, and national football team manager Uli Stielike, far right. [NEWSIS]