K. will to appear on stage as Quasimodo

K. will to appear on stage as Quasimodo 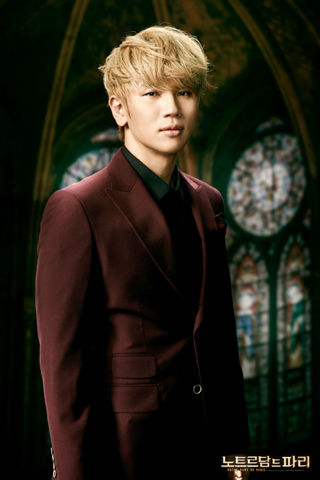 K-pop singer K. will is going to make his first-ever appearance in a musical via “Notre Dame de Paris.”

K. will’s agency, Starship Entertainment, uploaded a photo of the singer in his role as Quasimodo on Sunday via its social media account.

The balladeer’s role of Quasimodo, who is depicted as a figure with a horrible appearance but a heart of gold, experiences internal conflict between his loyalty to Claude Frollo, the archdeacon of Notre Dame, and his love for Esmeralda.

K. will reportedly had a positive attitude throughout the photo shoot.

The musical “Notre Dame de Paris” was written based on the novel of the same title by renowned French novelist Victor Hugo. The story features three men - the hunchback Quasimodo, Captain Phoebus and archdeacon Frollo - all of whom love an enticing gypsy, Esmeralda.

The musical will run for eight weeks starting in June at Blue Square Samsung Card Hall in Hannam-dong, central Seoul.