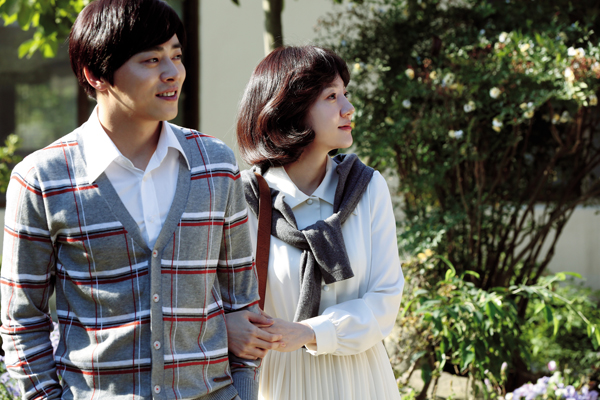 The time-traveling romance flick “Time Renegades” opened securely in the No. 1 spot during the weekend, outperforming its biggest competitor, “Love, Lies,” which stopped short in fifth place.

“Time Renegades” sold 336,136 tickets over the weekend, making 2.8 billion won ($2.4 million) in Korean theaters. It accounted for nearly 30 percent of weekend box office sales, according to the Korean Film Council.

Directed by Kwak Jae-yong of “My Sassy Girl” (2001) and “The Classic” (2003), which are considered classic romance films in Korea, “Time Renegades” fuses elements of thriller and romance by following two men from different time periods as they communicate through dreams to save a woman they both love.

“Insane,” a true-story-based thriller about an ordinary woman who one day gets locked up in a mental clinic, stepped down a notch to second place, adding 190,563 tickets sold to bring its two-week total to 805,781 admissions.

Made as a prequel to the 2012 adventure flick “Snow White and the Huntsman,” this visual spectacle follows a fierce rivalry between queen sisters Ravenna and Freya.