Innovation is the answer to crisis

Innovation is the answer to crisis 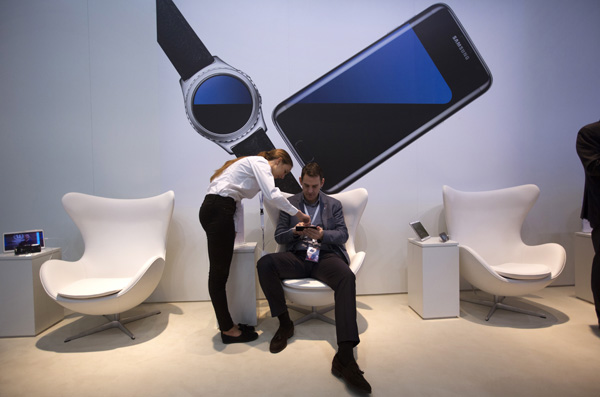 Many people are worried about the future of Samsung and LG’s smartphone business. In the current global smartphone market, Apple has an unrivalled lead as a premium brand. Xiaomi and Huawei are supported by a solid domestic market in China, and their affordable models are expanding their global market share.

In the premium market, Samsung’s Galaxy S7 and LG’s G5 have been introduced this year and have received good reviews. Samsung has released 10 million S7s in the shortest time worldwide. The G5 is also very popular, selling nearly 10,000 units a day in Korea. The decline of exports has slowed down from a double-digit drop to a single digit last month, thanks to the success of these new products.
Let’s think about what made these two products successful.

Samsung’s Galaxy S7 accomplished practical innovation, improving the functions that users find uncomfortable. Unnecessary applications have been removed and simplified. Earnest Hemingway said, “You can remove words which are unnecessary and tighten up your prose.”
The waterproof function and additional memory that was removed from the previous S6 series came back. The camera was improved drastically, allowing the user to capture better images in the dark. Focusing on the basic functions worked. Also, VR was highlighted to emphasize new model technologies, and it offers services to connect with Gear 360.

LG’s G5 has attained hardware innovation. It is the first modular smartphone, and the bottom part can be replaced with different components such as a camera and audio. It is nicknamed “transformer phone.” The expandable modular system sets the G5 apart from other phones. It is a good example of using Korea’s outstanding hardware technologies, and LG can work together with small and medium-sized companies to develop supplementary components.

Since Apple first released the iPhone in 2010, people have responded passionately to new models. The focus was on the hardware capacity. But as smartphone hardware technologies have become level, the premium smartphone market is rapidly shrinking. However, innovative products are still loved by consumers. The strategy to focus on the affordable smartphone market is risky as the brand value comes from premium models.

Samsung and LG are on the right direction to pursue pragmatic hardware and software innovation.

There are three points that Korean companies need to keep in mind when developing premium products.

First, they need to be faithful to the basics and focus on users. It is meaningless to compete over the speed or pixels. In the end, it is all about providing convenience to the users. Design, resolution, sound quality, usability, power usage and touch sense are what users are most sensitive about. Also, personal broadcasting, VR and fintech are the elements that customers want as new services. Natural language using deep learning and various services using face recognition can be taken into consideration.

Samsung and LG are leaders in television, refrigerator and washing machines markets and they should be connecting wired and wireless capabilities. Automobiles and other smart devices are also connected, and the role of the smartphone is growing bigger and bigger.

In a short term, software development is the key, but in the long term, new parts to realize innovative services need to be developed and incorporated into smartphones. Examples are application processors and censors to deal with multimedia and sensor parts.

Third, they need to get ready for 5G communications. Technology will change the market one more time. Samsung and LG should secure device and infrastructure solutions. They can test service solutions first with 1,000 times faster networks that allows various services using video data. Hologram and virtual reality will be commercialized, and real-time person and object identification platforms should be prepared.

Users want true innovation and creation. Creation is not only making something that never existed but also making something different from what we already have. Products should have philosophy. The goal should be consideration and happiness for users. The human-oriented mindset should be the focus of product development. Constant creation and innovation are the answers to revive the Korean smartphone business in crisis.
Translation by the Korea JoongAng Daily staff.
JoongAng Ilbo, Apr. 19, Page 29

*The author is a professor at the College of Information and Communications, Sungkyunkwan University.