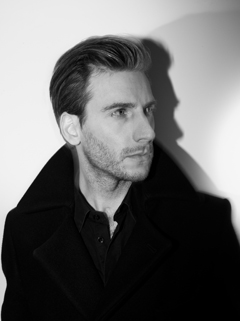 April 30: German singer-songwriter Maximilian Hecker is holding a concert in Seoul with his band. His dreamlike voice has touched people all over the world, and he has become especially popular in Asia.

Hecker first visited Korea in 2004 and has also participated in the Seoul Jazz Festival in 2013 and 2015. He became widely known in Korea in 2007 when the megahit drama “The First Shop of Coffee Prince” featured his song “I’ll be a Virgin, I’ll be a Mountain.”

The upcoming concert will be a great opportunity to hear his new album, “The Best of Maximilian Hecker,” live for the first time in the world.

Pianist Park Jong-hwa, the Flux Quartet, Mantra Percussion and others will reinterpret contemporary music at the first show.

For the second show, the repertoire encompasses classical and traditional Korean music, and the artists will give the audience a chance to hear instruments they may have never heard live before - Hwang Byung-ki plays the gayageum (traditional Korean zither), the Koh Sang-ji Band plays the bandoneon (a type of concertina) and Shim Sung-rak plays the accordion.

June 24: The Lucerne Symphony Orchestra is coming to Korea for the first time. It represents the city of classics, Lucerne, Switzerland, which holds the Lucerne Festival three times a year. Conductor James Gaffigan, who has been at the helm since 2010, will lead the orchestra.