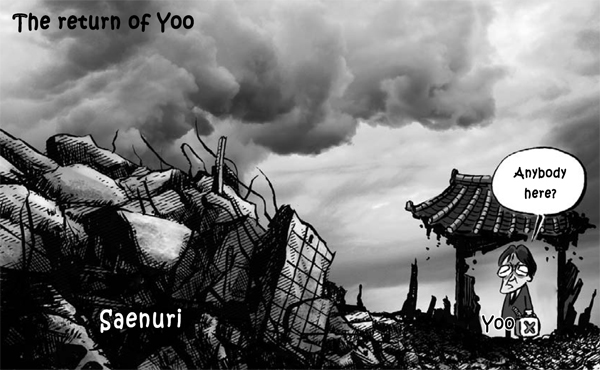 After the Saenuri Party’s crushing defeat in the April 13 general election, its former floor leader, Yoo Seong-min, wants to re-enter the ruling party after winning in his district in Daegu independently. He had been denied the party nomination due to his anti-Park Geun-hye stance. Yoo’s action further fuels the internal division between the pro-Park group and the rest of the party.