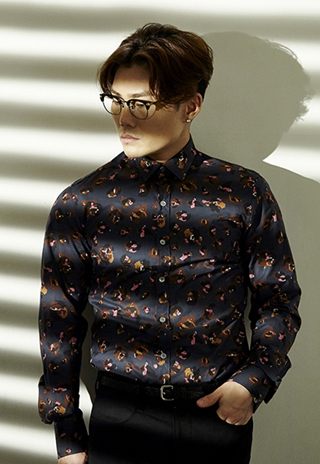 Singer Kim Beom-soo is releasing a new song as the 11th artist to be featured in the “Station” project.

Kim’s agency, Polaris Entertainment, announced Wednesday that the singer’s new song will be released on Friday via the SM Entertainment project. SM also spread the news via social media.

“Station” has so far showcased the likes of Taeyeon, Yoon Mi-rae, D.O. from Exo, Yoona and others.

The singer’s new slow tune is about his heartache of having to let go of his beloved. The track reportedly was written and composed by the renowned composer Kenji of SM Entertainment, who has produced many hits including “Oh!” by Girls’ Generation, “Overdose” by Exo, “At Gwanghwamun” by Kyuhyun, and many more. The pairing up of the two talents has gotten fans excited about the new song.

Having debuted in 1999, Kim earned recognition when his song “I Miss You” (2003) was featured in the original soundtrack for the drama “Stairway to Heaven” (2003-04). And in the popular music competition program “I Am Singer,” the star has surprised fans with his explosive singing prowess.