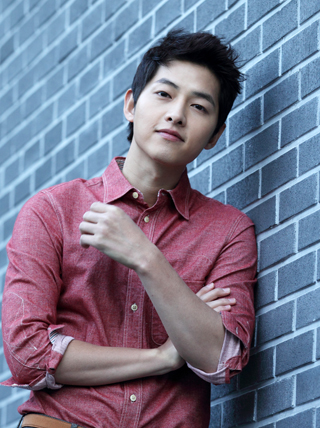 Actor Song Joong-ki is looking to continue riding the wave of popularity in China from his role in the drama “Descendants of the Sun.”

The star joined the episode shoot, which took place yesterday in Korea. The episode will only air in China.

“Ben Pao Ba Xiong Di” is a joint project by Zhejiang Television and SBS, which broadcasts “Running Man” in Korea.

The Chinese staff and cast members visited Korea on Sunday to shoot the episode in various parts of Seoul.

“‘Running Man’ is the program that accepted me when I had yet to make any mark in the entertainment scene,” Song said, expressing his fondness and appreciation for the show.

And having recently played the male lead in the record-setting drama “Descendants of the Sun,” Song’s popularity in China has taken off.