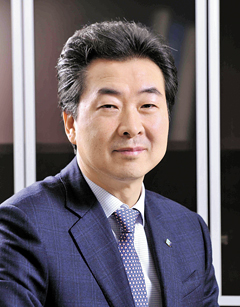 The Chinese acquisition of Korean financiers benefits both Beijing and Seoul, as it facilitates the development of new financial instruments such as won-yuan direct trading products, as well as further expansion into each other’s domestic markets, said a local economist.

Ko Dae-jin, head of IBK Economic Research Institute, explained in an interview with the Korea JoongAng Daily on Monday that increased exchanges between the Korean won and Chinese yuan help both countries, accelerating the restructuring of saturated Korean financial markets while allowing China to expand its global trading of renminbi.

Q. What other reasons led China’s expansion, and how can Korea benefit from it?

A. The Chinese central government aims to advance its financial sector so that it can mature to match the size of its economy, because the internationalization of a nation’s financial industry is the key factor that determines national competency. Some studies indicate that mergers with and acquisitions of Korean firms may help the Chinese financial sector’s globalization process.

Those Chinese firms interested in acquiring Korean firms hope to secure a solid footing in the Chinese domestic market by learning from Korean financial systems, which are more mature and globalized than its own. The Korean financial industry, of which many companies in different sectors have struggled for years from strengthening financial stability regulations and falling profitability, can regain customers’ trust by obtaining liquidity from Chinese capital.

Chinese financial companies and private equity funds, not only from mainland China but also from Hong Kong, Singapore and Taiwan, have been looking into Korean firms on sale. How will their M&As change the Korean financial industry?

Even if a horse’s owner changes, the dynamics of horse racing do not change. Chinese capital that newly enters Korea via M&As will be applied with the same guidelines on internal control and audit standards as homegrown financiers. Such competition will be an opportunity for Korean financiers to advance. And if Chinese companies carry out internal restructuring after taking over an insolvent financier, Korea can benefit from this.

Nearly 199 foreign banks operate in Hong Kong, and 71 of them are the world’s 100 largest banks. They are the ones that have helped strengthen Hong Kong’s competency and created higher rates of employment and income. The financial industry accounts for 16.6 percent of Hong Kong’s total gross domestic product, and there is no conflict between foreign and domestic banks.

However, the M&As from Chinese capital will steal both corporate and retail clients from Korean financiers. After these acquisitions, Chinese financiers are expected to absorb not only Chinese companies operating in Korea and their employees, but also the Korean companies doing business with Chinese counterparts. It’s the same with retail customers, including Chinese students studying here, and even tourists. Chinese money may flock to financiers owned by Chinese companies, due to the unique Chinese culture of collectivism.

The leak of national wealth is another concern, as foreign entities usually send significant portions of their profit made in the Seoul office to their headquarters instead of reinvesting here. Such an exodus of money made by foreign firms may burden the retail finance market, and may eventually urge speculative funds to acquire Korean firms just for profit.


What should financial regulators consider during this era of Chinese capital inflow?

M&A deals from Chinese capital are very different from the past cases done by Standard Chartered and Citibank. These two Western banks acquired Korean counterparts to achieve a single goal: market expansion.

But beyond expanding in Korea, the Chinese financiers will aim to grab the intangible assets that Korean companies have accumulated in the past decades - for example, customer data, operational strategies, product engineering skills and risk management manuals - so financial regulators should be aware of the possibility of the leakage of nonfinancial assets before granting M&A approvals.

The government should also identify who and which Chinese companies are the source of capital and what type of money it is. It could be risky capital when not much clear information about the fund is exposed to the rest of the world.

Financial regulators should also work on negotiating with the Chinese government to offer Korean financiers equivalent opportunities to expand in China.