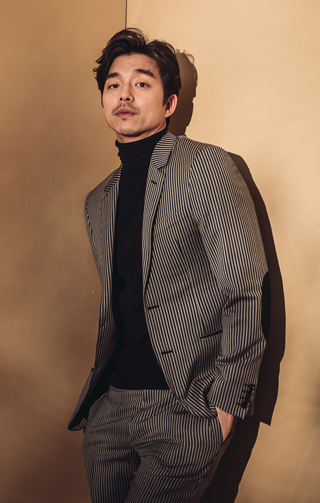 “With the male lead set, the drama will get into shooting once the other roles are in place,” the producer said.

The writer of the drama is Kim Eun-sook, who also penned “Descendants of the Sun,” the record-setting drama that just ended last week.

The folktale-inspired romantic comedy will reportedly center on a Korean goblin called a doggaebi, who is looking for a human wife and to put an end to his immortality.

“Gong Yoo is an actor I have always been excited about and wanted to work with,” the writer said about choosing him for the lead. “My recent encounter with him convinced me he is the right person for the role.”

The producer also expressed high expectations of the writer, saying, “While acknowledging the rarity of the [folklore] genre, we trust Kim’s craft as a writer of romantic stories.”

The drama will start airing in November.