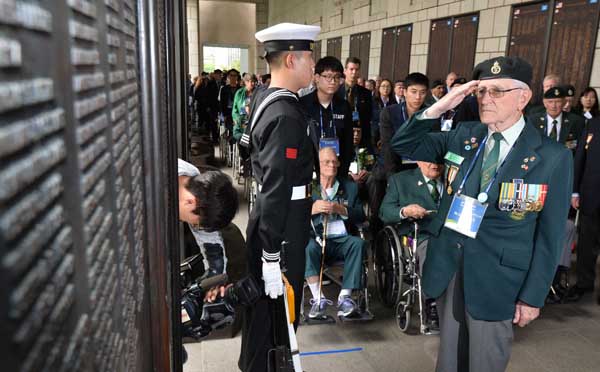 Korean War veterans from the Commonwealth of Nations pay tribute at a monument on which the names of UN soldiers killed in action were inscribed in the War Memorial of Korea in Yongsan District, central Seoul, on Thursday. Korea’s Ministry of Patriots and Veterans Affairs invited them to honor the 65th anniversary of the Battle of Gapyeong. [NEWSIS]