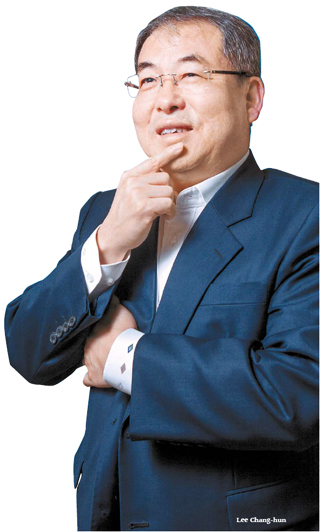 Korean companies and investors are well aware of the massive capital influx from China but are still puzzled as to how exactly they should respond.

Lee Chang-hun, 57, chairman of the Korea M&A Investment Association, a mergers and acquisitions expert group founded in 2009 and approved by the government, suggests establishing an official deliberative body for China-Korea deals and setting up joint-venture companies that can target third-party countries as possible options for Korean companies in the future.

He believes China’s entry will help burgeoning local start-ups, but that the challenge for Korean businesses in the future will be increasing their competitiveness. He also served three years as chairman of the Asia M&A Association, a cooperative body for M&A information exchange and matchmaking between countries such as Korea, Japan, China and India. Lee has been in the M&A scene with Chinese investors long enough to sense their shifts in interest.

He spoke with the Korea JoongAng Daily at his office in Gasan-dong, southwestern Seoul, on Thursday.

Q. What is the cause of the flood of Chinese capital coming into the country?

A. They are very aggressive when it comes to areas where they have been lagging behind until now, such as information technology and the entertainment sector. I think it has a lot to do with Chinese people’s unique national pride, which stems from their way of thinking that China is at the center of the world, so-called Sinocentrism. As for eyeing the Korean market in particular, it was around 2010 when China first categorized Korea as part of the developed world and started expanding their investment here.

How can Korean companies benefit from M&As or investments from China?

First, from the start-ups’ point of view, funding is needed most. Research and development, operations and marketing, these all require money, and so the major hurdle is to safely cross this Death Valley.

According to data we analyzed, only one out of 10 burgeoning companies make it to the 10-year mark. So if China is willing to invest and Korean start-ups and companies can earn the chance to grow, that is good.

Secondly, there are also benefits considering Chinese market conditions. If Korean companies can enter China’s domestic market through M&A deals, it could be a good opportunity for them to go global and expand their business, since China has an enormous consumption market boasting the largest population in the world. Thanks to a recently-activated free trade agreement between our two countries, the basis for business exchange has already been arranged.

But there are worries of possible downsides.

Local firms must watch where the source of Chinese investment is coming from. It could be from another investment, from loans or out of nowhere. Korean firms should also watch for possible technology or content leaks, especially in high-tech sectors like semiconductors.

So what are your suggestions to tackle those issues?

The sellers or invested companies must check, prior to signing deals, where Chinese capital is sourced from, and the government should also set up a deliberative body to screen out unhealthy deals. Considering the protective nature of the Chinese economy, a lot of times, a foreign firm’s entry is a lot harder than Chinese firms’ entry into other nations. I understand it might take some time, but Korean companies need to set official guidelines that they can offer Chinese companies as a condition of entry.

Considering your on-spot experience with Chinese investors, what is the major trend in their investing, and how will it change in the near future?

Well, there’s an important implication from the shift of Chinese investors’ interests. After all, Chinese investors have already turned their backs on the local manufacturing industry, which was their major interest seven or eight years ago. This is because Chinese manufacturing companies have reached a level where they can stand on their own. Chinese investors are currently focusing on Korea’s bio, health and entertainment companies, but it’s only a matter of time before their interest shifts, as their local firms catch up in those sectors.

I think in about five years, 10 at the most, Chinese interests will shift again, and if Korea doesn’t have a future growth engine prepared by then, the overall economy may be hit hard. That is the biggest concern Korean companies should be having now.

The way you talk, the future seems quite dim for Korean companies. Are you offering any options for the future?

One of the ideal models of business for the future could be creating more joint-venture companies, where the competitive edges of both Chinese and Korean companies can be put together under shared equity and responsibility. That way, they can target third-party countries like the Middle East and Africa. Proximity and cultural similarities between the two countries can serve as a basis for good collaboration.

My suggestion for local conglomerates and investors is to eye profitable M&A or investment chances before foreign firms do. No one can criticize Tencent, the Chinese IT giant that succeeded in several consecutive investment deals, including Korea’s Kakao and Netmarble. I’ve long seen the potential of Kakao, but Korean investors were hesitant because, for years, it wasn’t profiting. Tencent has been smart. I understand only half of Korean CEOs are favorable toward M&A deals, but to create a favorable ecosystem for start-ups and big companies, reaching out is necessary. Chinese capital may seem aggressive, but Korea needs to be more open to opportunity.