Actress goes all in with ‘Love, Lies’

Actress goes all in with ‘Love, Lies’ 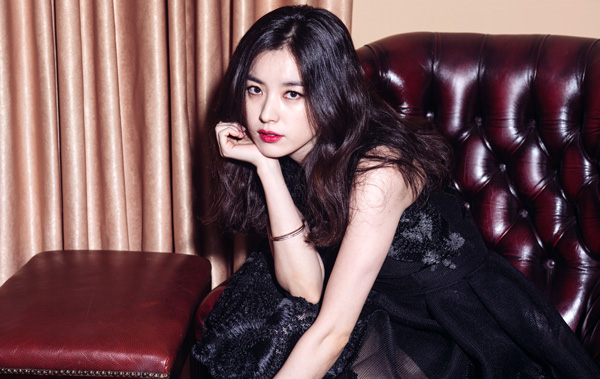 Han Hyo-joo, the lead actress in the movie “Love, Lies,” said she was excited to do the film, especially because it focuses on a female lead character. To play the role, the actress took on the challenge of learning many new things, including dancing, a new language and singing traditional Korean songs.

The movie is set in the 1930s, and Han plays a gisaeng, or a traditional entertainer like a geisha, who dreams of becoming a pop singer, because she wants to sing the music created by a famous composer she falls in love with. However, he doesn’t reciprocate her feelings in the movie, which was released earlier this month.

“I chose this movie because the scenario is something an actress would really die to do,” she said in a recent interview with Ilgan Sports, an affiliate of the Korea JoongAng Daily.

“I started to think that I could play characters that I have never shown before to the public through this movie.”

Q. It seems like you portrayed many different facial expressions you have not shown elsewhere before. How did you like it?

A. Because of that, I wanted to put in much more effort when filming. Looking at myself on screen is always new. So I was worried that if my appearance on screen seemed so new to me, the audience would feel it that much more. In the scene toward the end, when my character cries for love, what I show through my facial expression was something I had never done before. Even I got scared of what my face could show. I didn’t know I could make such an expression.

What was it like to learn many new skills for the movie?

It wasn’t easy to learn so many things and prepare. Physically, it was difficult, but I was happy mentally. And as I was preparing such skills, I got to fall more into the character.

I learned Japanese, dance and traditional Korean songs. To learn the traditional songs, I listened to such music, went to an academy and even read novels that included scenes of [singing such songs]. I even read a book that comprises magazines published from 1930 to 1940, the period the movie is based in. It was fun to get to know the era.

Did you learn what kind of relationship you want while filming this movie?

This time, you were the one asking for love. How did that feel?

I like being loved [more than asking to be loved] (laughs). However, I started to think that it is really courageous to be able to [express] your love.

Do you have any new plans set for this year?

It is too [unpredictable] to set a plan. For some time, I have been thinking as though the work I’m doing at the moment might be the last thing I do. It happened with this movie, too. I filmed as if I won’t get to film anything anymore.

Because actors get to work when they are offered roles, I realized that there may be times when I can’t act even if I want to. That idea came to me out of nowhere last year, and I cried my eyes out. That crying session really helped me be relaxed. I’m so thankful that I get opportunities to appear in films, and I greatly respect other actors who have been doing it for so long. I hope I can do that.