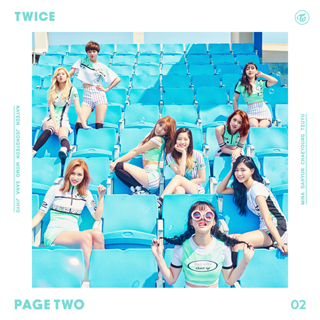 After their successful debut after the TV competition “Sixteen” (2015), the K-pop girl group Twice have released their second mini-album. The songs on the album are generally refreshing and witty, corresponding with the upcoming summer. The lyrics are simple and there are no difficulties understanding them.

The title track, “Cheer Up,” is a bright and rhythmical song that goes with the youthful voices of the members, whose average age is 20. The track talks about playing love games. For example, a girl answers a phone call after a short time, or does not respond right away. These subtle games increase tension in a couple. The tension is well expressed through the song’s hip-hop and electronic sounds. However, the song gets a bit repetitive.

“Touchdown” is similar to the title track but has an added drum beat that is reminiscent of cheerleading or going to a parade. The dynamic and powerful sound feels energetic and vivacious.

Overall, the tracks are high-spirited and cheerful. Nevertheless, the lack of diversity of genre on the album seems regrettable.