Stars anxious to return to center stage in Brazil

Stars anxious to return to center stage in Brazil 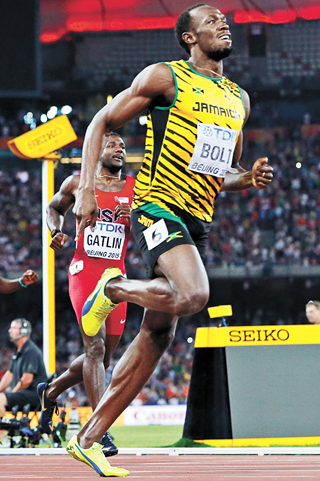 The Summer Olympics is possibly the greatest sporting event in the world, full of human drama featuring stars and athletes from around the globe who gather in one place to compete for medals on the dream stage.

Athletes often shed blood, sweat and tears to grab that once-in-a-lifetime opportunity to show what they are made of while the entire planet gazes upon them.

Indeed, following the motto of the Rio Olympics, “live your passion,” global sports fans can expect to see over 10,000 athletes from 206 countries give their all this summer for 306 sets of medal in 28 events including golf and rugby sevens. The events will take place in 33 different venues around Rio de Janeiro.

In the midst of all the drama and the spectacle in the lead-up to the Games, a few rise above the horizon into the spotlight.

Jamaican sprinter Usain Bolt is arguably receiving the most attention with the Olympics fast approaching, reigning supreme over the sprinting event for over a decade. Holding world records in the men’s 100-meter sprint at 9.58 seconds and 200-meter sprint at 19.19 seconds, Bolt is looking to take home three Olympics golds for the third consecutive time. Bolt already has golds in his pocket from the 100-meter, 200-meter and 4x100-meter relay in the 2008 Beijing Olympics as well as the 2012 London Olympics.

“It will definitely be my last Olympics,” the 29-year-old said during his interview with Associated Press. “It is going to be hard to go four more years for me, to keep the motivation that I want, especially if I accomplish what I want to in Rio.

“My biggest dream at the Olympics is to win three gold medals again, that is my focus and it is what I want. That is my goal and that is my dream.” 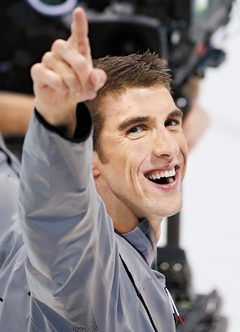 Another star athlete fans are anticipating is American swimmer Michael Phelps. As the most decorated Olympian in the world with 18 golds, 2 silvers and 2 bronze on his shelf, Phelps is the living legend of the summer games.

Phelps, who announced he would leave the swimming arena for good after the 2012 London Olympics, came out of retirement in April 2014 and won the 100-meter butterfly event a month later in Charlotte, North Carolina.

Although he was suspended for six months after pleading guilty to drunk driving in October 2014, he returned to the arena in 2015 and has had his eyes fixed on the Rio Olympics. Fans don’t wonder whether Phelps will be able to grab more medals in the summer games, but how many medals he will add to the list of the Olympics accolades he already holds.

He will spend six weeks at the U.S. Olympic Training Center in Colorado Springs, Colorado to undergo final preparations for the Olympic trials in Omaha, Nebraska this summer, according to USA Today.

The host Brazil is counting on its football team and its star Neymar da Silva Santos Junior, simply known as Neymar, for a gold. The Brazilian footballer is considered to be the heir of football legend Pele and will join the Brazilian Olympics national team as a wildcard.

The United States men’s basketball team is once again considered to be the “Dream Team” and with Stephen Curry of the Golden State Warriors gaining global stardom, the U.S. team’s games in the Olympics are expected to be packed with fans around the world hoping to see Curry’s signature three-pointers live. Curry has set a new three-pointer record during the NBA regular season after draining 402 shots beyond the arc.

Golf is returning to the summer games for the first time in 112 years. Jordan Spieth of the United States is in limelight in the men’s event, while World No.1 Lydia Ko of New Zealand and No.2 Park In-bee of Korea are stealing the spotlight in the women’s division.