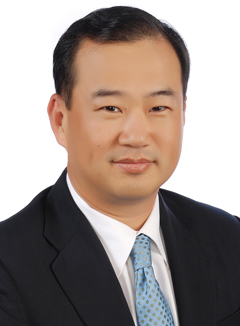 Homeplus sold toxic humidifier sterilizers under its in-house brand name from late 2004 through 2011.

“It is regrettable that the victims and their families had to go through such pain, and we wish to deliver a heartfelt apology,” said Kim Sang-hyun, the new chief executive officer of the country’s second-largest supermarket chain at a press conference Tuesday. He vowed to cooperate with a prosecution investigation.

But Kim did not go into details on the scale of compensation, only saying negotiations for compensation will begin “after the prosecution’s investigation confirms the causal relationship between the chemicals and the massive number of deaths.”

The independent body that Homeplus plans to establish will consist of medical experts and will be led by the company’s chief operating officer, Jung Jong-pyo, with the engagement of its own legal, financial and external communications teams.

The announcement from Homeplus came eight days after competitor Lotte Mart took the first step among all retailers and manufacturers of the toxic sterilizers to make a public apology and offer compensation.

Lotte’s move came a day before prosecutors summoned executives of companies involved in the case for questioning and more than five years after humidifier sterilizer products containing such chemicals as PHMG, PGH and CMIT/MIT claimed the lives of more than 100 people in Korea.

PHMG, or polyhexamethylene guanidine, had been used for getting rid of incrustations in swimming pools or septic tanks overseas before a Korean chemical manufacturer imported the chemical from Russia in May 2000. The Oxy brand commercialized a deadly humidifier sterilizer out of it in October 2001. Other retailers, including Lotte Mart, produced copycats using similar chemicals.

According to claims from the civic group Asian Citizen’s Center for Environment and Health, deaths caused by the Oxy disinfectants alone numbered as high as 103, the largest among sterilizer manufacturers. Aekyung caused the second-largest number of fatalities with 28 and Lotte Mart the third with 22, followed by Homeplus’ 15 and E-Mart’s 10. Aside from the deaths, there are survivors who still suffer from lung diseases caused by the products.

Kim, a marketing expert who previously served as vice president at P&G headquarters, was inaugurated as Homeplus CEO in January.

It remains to be seen whether Aekyung and E-Mart will break their silence and announce compensation plans.

Aekyung insisted a week earlier the blame should go to SK Chemical, which manufactured its humidifier sterilizer products.