Only the penitent men shall pass

Only the penitent men shall pass 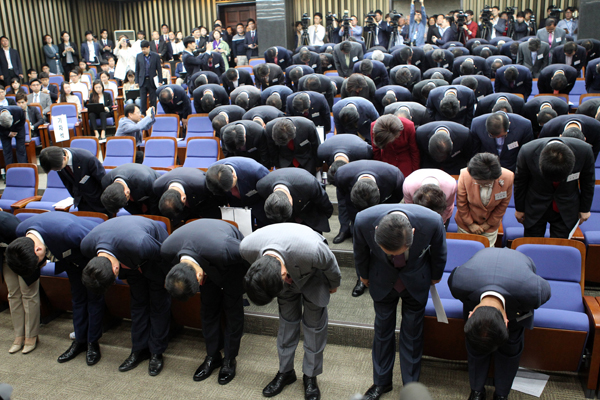 The Saenuri Party holds a workshop for its lawmakers-elect on Tuesday in the National Assembly. The lawmakers-elect bow to the people to express regret for what the party did wrong as they adopted a resolution to do their duties faithfully as lawmakers and to bring about change. [CHO MUN-GYU]