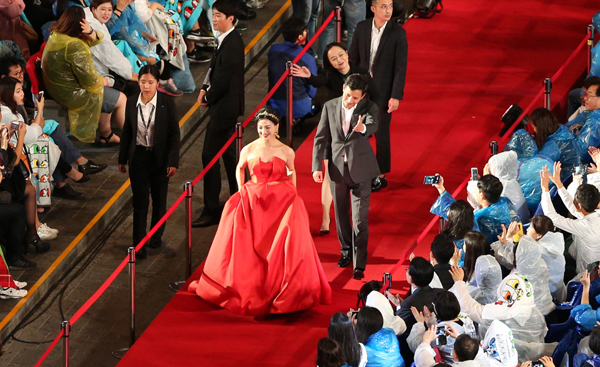 Nampo-dong, one of the busiest commercial districts in Korea’s largest port city of Busan, is regarded as the Korean version of Cinema Paradiso. The movie houses there were a haven for thousands of people who were forced to desert their homes during the 1950-53 Korean War and flee to the southern coastal city.

There, the director of the 2001 blockbuster “Friends,” Kwak Kyung-taek, started his dreams of moviemaking. The place was where war-torn Koreans made a hard living from a young age, like the two teenagers Deok-soo and Dal-goo in the 2014 film “Ode to My Father.” The citizens of Busan have a deep affinity for movies along with baseball. Everybody celebrated when the first edition of the Busan International Film Festival took off in Nampo-dong 20 years ago.

The reputation of Korea’s oldest film festival, however, has been tainted by a prolonged dispute over a reorganization following controversy over the screening of “The Truth Shall Not Sink with Sewol” in 2014. The documentary by an independent television journalist accused the country’s coast guard of not doing enough to save hundreds of students who sank to their deaths aboard the ferry on April 16, 2014, as well as the mainstream media for spreading propagandist misinformation.

Since then, the film organization committee, including its head, Lee Yong-kwan, have come under a government investigation over allegations of embezzlement that triggered strong protests from fellow moviemakers. The Busan city government, which opposed the festival going ahead with the film, demanded that committee members be replaced and accused them of budgetary squandering. It also cut the festival budget and sacked the chairman.

In spring 1968, the streets of Paris were dominated by volatile civil unrest and student protests. Avid moviegoers, filmmakers, students and the intellectual community joined the protests against government dominance over the Cinémathèque Française, a French film organization in charge of screening films. They revolted against the bureaucratic occupation of film and art. Their protests triggered a major social protest in May, which was portrayed in the 2003 film “The Dreamers” by Bernardo Bertolucci.

In 2002, the Venice Film Festival was mired in a scandalous ideological dispute. The long-serving artistic director of the world’s oldest film festival was replaced by the conservative government under the prime minister and media magnate, Silvio Berlusconi, who removed so-called leftists and esoterics from the committee leadership and jury. Filmmakers vehemently protested that movies are made to be screened, not kept in archives. The film later lost much of its uniquely artistic feature and penchant.

Bertolucci, who was vehemently against any kind of censorship and interference in artistic expression, said he was paying homage to the French New Wave through his film “The Dreamers” because “what happened in the late ’50s and early ’60s in French cinema was a fantastic revolution” and because he wanted to go back to the age when “young people thought they could change the world.” It is why political force has always been a subject for mockery.

Politics and cinema must not mix. Korean filmmakers are deeply disapproving and resentful of the incumbent government. They believe Busan Mayor Suh Byung-soo was acting on behalf of the government and accuse it of trying to influence and tame the cultural community as it had done with the business sector. It suspects the government was trying to use the film festival as a kind of propagandist tool. Otherwise, the government watchdog Board of Audit and Inspection would not have gotten involved. The government has resorted to the use of force against any community that does not agree with its dogma and philosophy.

Movie critic Oh Dong-jin suggests a veteran must get involved to settle differences between the Busan administration and festival organizers. He recommends Kim Dong-ho, co-founder and former head of the Busan film festival. He headed the event for 15 years, and many agree he is the best candidate to solve the brawl and save the festival.

The Busan event, in its 21st year, is the seventh largest among thousands of film festivals around the world. It beats the reputation of other Asian counterparts such as Shanghai, Tokyo, and Hong Kong. There is not much time left to prepare for the event if it means to kick off normally in October.

The ball is in the court of the city administration. The Busan mayor in a recent press conference grumbled that he did not have a solution to the problem. We wish to see a happy ending. Political problems are best solved politically.


**The author is an editorial writer for the JoongAng Ilbo.