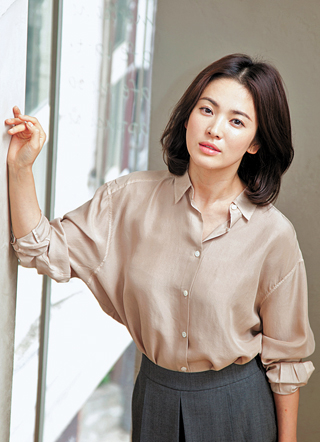 According to sources Wednesday, the actress submitted a petition to the Seoul Central District Court demanding the return of 300 million won ($261,014) worth of profit generated by illegally using her image.

Song accused the company of using her image for marketing even after the contract expired in January.

The accused company has allegedly been using Song as a product model since 2014. After the contract expired, the company has signed a product placement deal with distributor of the popular drama “Descendants of the Sun,” which the actress starred in.

“The products could only be shown in the drama, but the company edited the scenes of her wearing the products and played them at the stores,” Song’s agency said. “Besides, they have not consulted with the actress on such a decision, either.”

The agency added that any awarded compensation will be donated to help train young jewelry designers.