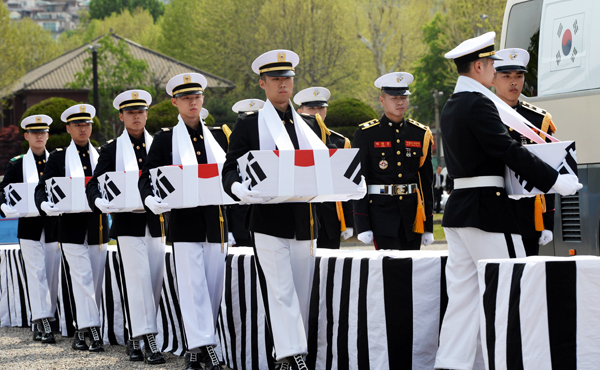 In a ceremony held in the U.S. Forces Korea’s Yongsan Garrison in Seoul on Thursday, South Korea delivers the remains of two fallen U.S. soldiers, killed during the 1950-53 Korean War and excavated more than 60 years later, while the U.S. returned the remains of 15 South Korean soldiers. [NEWSIS]