Indicators point to economy on the upswing

Indicators point to economy on the upswing 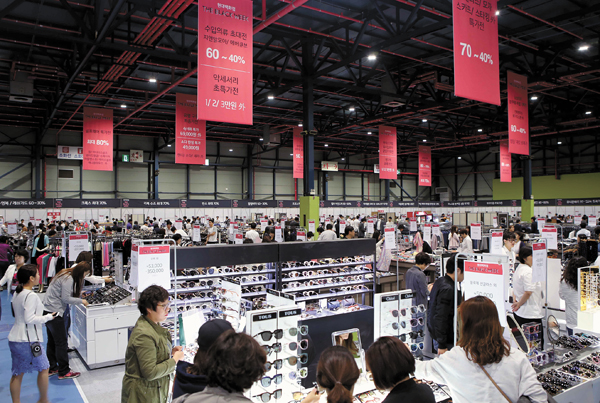 A series of economic indicators released on Friday show that the economy is bouncing back.

Factory production has grown for the second consecutive month, largely on the back of an improved domestic market created by consumer spending, which grew at its fastest pace in seven years. Business confidence also rose to its highest level in six months.

Overall industrial output growth was largely due to expansion in consumer spending and facility investment, including plant expansion and machinery purchases.

Last month, sales grew 5.7 percent year on year and rose 4.2 percent from February, thanks to the release of new smartphones, including Samsung Electronics’ Galaxy S7 and LG Electronics’ G5.

Automobile sales in January plummeted 27.7 percent after the government’s tax cut on such products ended at the end of 2015. However, the government decided to reintroduce the lower tax rates on individual consumption taxes in February to boost the domestic market, which resulted in raising sales 9.3 percent that same month.

“The growth rate for retail sales has hit the highest level in 85 months, and the overall economic situation seems to be improving,” said Yoon In-dae, a director for economic analysis at the Finance Ministry.

Manufacturing and mining output, however, fell 2.2 percent compared to a year ago and 1.5 percent month on month. This is a sharp turnaround from the 3.2 percent year-on-year growth and 2.2 percent month-on-month growth in February.

Another indicator that the Korean economy might be getting back on its feet is the increase in industrial power consumption. According to the Ministry of Trade, Industry and Energy on Thursday, industrial electricity usage rose 1.5 percent year on year in the first quarter, the highest usage in two and a half years.

Business confidence is also improving. According to the Bank of Korea (BOK) on Friday, the business survey index (BSI) for April, a gauge for measuring how local manufacturers feel about the economy, stood at 71, up three points from the previous month and the highest since October.

Anything under 100 indicates there are more companies that negatively view economic conditions. However, it is still encouraging, as it rose for the second month in a row after falling for the fifth consecutive month prior to February.

“Small and midsize companies showed more confidence in their businesses in April, while those of exporting companies dropped a little bit,” said Park Seong-bin, head of the corporate statistics team at the central bank. “Many local companies were still worrying about poor domestic consumption, an unstable global economy and volatile exchange rate, but it is improving and we expect the index to rise to 73 in May.”

Consumers also seemed to have a positive outlook about the economy in April. The BOK’s consumer sentiment index (CSI) posted 101, rising for the third month in a row.

The economic sentiment index, a measure compiled by looking at both BSI and CSI, also rose three points from the previous month to reach 94 in April. It is the best since November, when it hit 94.

“The U.S. economy is still very slow, and there are many other factors such as unstable global financial markets,” Yoon said. “The government plans to monitor these situations closely to be prepared and will come up with various plans, such as one designating the day following Children’s Day as a temporary holiday, to boost domestic consumption.”