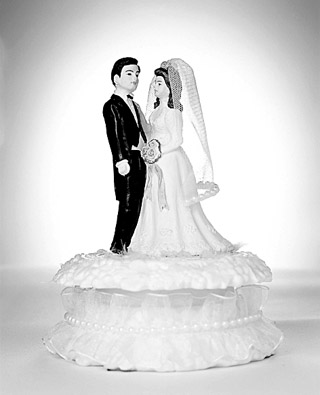 More accurately, it was about men who do not have women to marry with. In his recent novel, “Men Without Women,” Haruki Murakami talked about men who became single due to divorce or death of a spouse. But in Korea, more men are becoming without women for different reasons, as they choose not to marry.

They emphasized that they are single not because they cannot get married, but they made a choice to stay single. They say marriage is not a requirement but a choice. Only a few years ago, their argument was considered extremely unique in Korea, but now it became a familiar trend in our lives. And there are numbers to prove it.

Before lamenting the deterioration of the traditional four ceremonies — coming of age, wedding, funeral and ancestral rites — we must think about why this decline is taking place. The first clue is that the negative terms, such as “realistic” and “stressful,” are increasingly associated with marriage. The life has become tougher, and marriage has become a new burden.

Although there are no precise statistics, more women are making choice to not marry than men. There are many Internet posts written by women that say, “I feel like I have become an unpaid housemaid after marriage,” and that, “Being lonely is better than suffering.”

Tacitly, there is a prevailing thought that household labor is the women’s primary responsibility, and that may be the reason. Korean men are still saying, “I am helping with housework.” They think they are helping someone else’s business.

Shattering this fixed idea is more important than providing low-price rental apartments for newly weds in order to pull up the low birthrate. The current policy is focused on creating a society where the people can marry. But more fundamental resolution would be making a society where people desire marriage. It is lamentable that more people are choosing not to marry because they cannot have a realistic marriage.

Everyone has their own views of marriage. Murakami once said in a blessing message for a wedding: “I only married once, so I am no expert, but marriage is extremely good when it is good. When it is not good, I always try to think about something else. I hope you will have many good times.”


*The author is a political and international news writer of the JoongAng Ilbo.