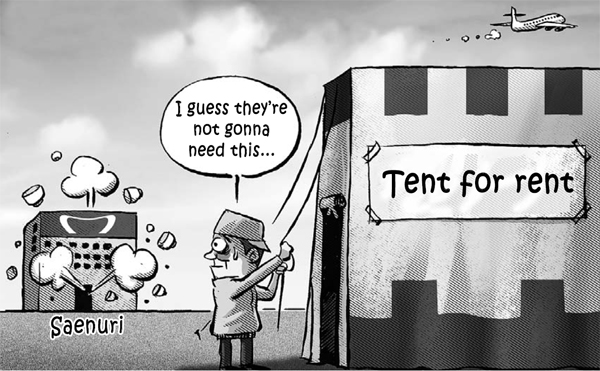 Even after the Saenuri Party’s crushing defeat in the April 13 general election, the ruling party is still mired in internal fights over who’s responsible for the humiliating loss. Back in 2004, then-lawmaker Park Geun-hye, chairwoman of the opposition Grand National Party (now Saenuri), paved the way for the party’s victory in the 2007 presidential election by moving the party’s headquarters to a humble tent. But such vibrant efforts to revitalize the embattled party have all but disappeared. [PARK YONG-SEOK]