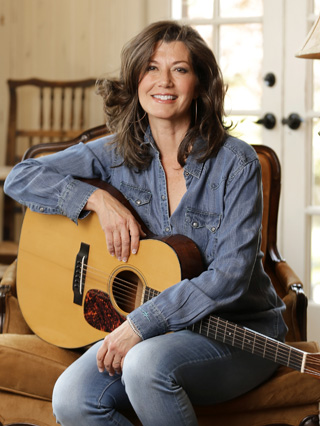 NASHVILLE, Tenn. - A pop classic from the early ’90s, Amy Grant’s hit “Baby Baby,” is getting a reboot 25 years later thanks to Grammy-nominated singer Tori Kelly.

A new version of the song featuring original vocals from Grant and new vocals from the “Should’ve Been Us” singer was digitally released on Friday as the 1991 No. 1 song is being remade for a new generation.

“At least those of us who enjoyed the first run of it, we hear this version that Tori Kelly does and it just brings back all the best memories where that song was the backdrop,” said Grant during an interview from her Nashville, Tennessee, home.

Grant was already a well-known Grammy-winning gospel singer before she crossed over to pop. She is now one of Christian music’s most successful musicians, with six platinum and three multi-platinum albums, as well as 10 Top 40 pop songs.

“I was always trying to find a unique way to express a lifestyle of faith without being preachy,” Grant said.

“Baby Baby,” co-written with Keith Thomas and inspired by Grant’s daughter Millie, made her the first Christian pop artist to have a No. 1 song.

Her album “Heart in Motion” was certified platinum five times.

The song eventually became a worldwide hit, reaching the top 10 charts in a number of other countries, as well.

In Nashville, she was mobbed by screaming teenagers and it became a fan favorite at her live shows.