[At Home with Her Excellency, Denmark] Home displays hallmarks of Danish design

[At Home with Her Excellency, Denmark] Home displays hallmarks of Danish design 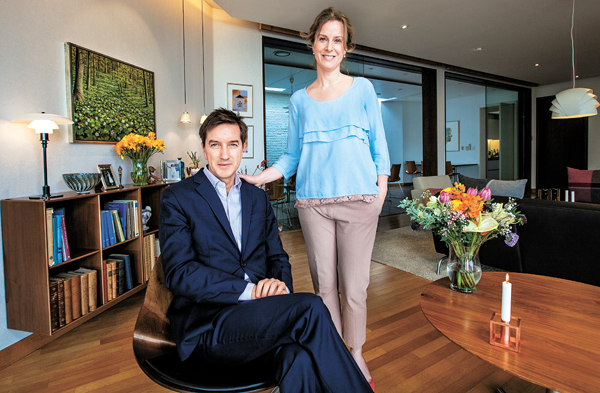 Danish Ambassador Thomas Lehmann and his wife, Jule Helen Glaser Lehmann, pose at their residence in Seongbuk District, central Seoul, last month. The painting of a forest at far left, “Danish Spring Forest” (2014), is one of the couple’s most favorite art pieces within their home, gifted by the ambassador’s parents on the couple’s wedding day. The candle holder on the table at right was designed by famed Danish architect and designer Mogens Lassen. [PARK SANG-MOON]

Nestled high up on a hill in Seongbuk District, central Seoul, the Danish ambassador’s residence is an exemplar of contemporary Scandinavian design.

Nearly all the furniture in the home was imported directly from Denmark, with each piece an expression of the Northern European nation’s sensibility for simple designs and functionality. The space’s minimalist interiors accentuate the natural sunlight that floods in through the house’s large windows.

It is not surprising, then, that whenever locals visit their home, Ambassador Thomas Lehmann and his wife, Jule Helen Glaser Lehmann, end up engaging with guests on the subject of interior design. Now living in a country where people take home-decorating seriously, Mrs. Lehmann admits it takes a lot of knowledge and effort to keep up.

But with Koreans already in love with many Danish products, that mission often comes with loads of delight, as the objects in their home play out as the perfect “icebreakers.” 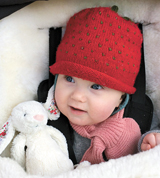 A. Our residence has been the home of three Danish ambassadors since 2008, when the Danish government purchased it. The interior was designed by an architect dispatched by the Danish Ministry of Foreign Affairs, while most of the furnishings are classic pieces of Danish design.

The house is much larger than an average family home in Denmark, and the focus on light and outdoor-indoor harmony is very Scandinavian. In my home country, houses are built with lots of glass and windows, enabling natural light to shine in throughout the entire day.

Light is incredibly important because we have very dark winters. Candles are placed along the window shelves, making a nice view of the house when seen from the outside. Thomas and I feel very much at home here due to these very aspects.

My most favorite place is what we call the “Morning Room,” a small area that’s just under a staircase leading to our living quarters on the third floor. This is where the entire family eats privately. It’s a nice, cozy area that’s sunny and bright, with a view of the horizon and green trees and flowers outside.

What are your most favorite objects?

I’m very much attracted to the wide collection of Royal Copenhagen plates that we have here, small pieces of art that are beautiful to serve and present food on. They add an extra Danish feature to the dining table.

While it’s deemed a luxurious brand here, any normal family in Denmark has some extension of the collection, and it’s not seriously unaffordable - it’s a national heritage that often reminds me of home. I’m positively surprised now and then that Koreans who visit our home recognize the brand and compliment its quality.

Another simple but decorative object that I’m particularly fond of are the candle holders designed by Mogens Lassen (1901-87), a modernist Danish architect and designer. They’re very popular in Denmark, and I recently purchased a black version to go along with the copper style I originally had.

I see many paintings here. Do you have a favorite?

I like the oil painting hanging on a side of the reception hall, named “Danish Spring Forest” (2014). The scenery of a small forest in southern Denmark was drawn by artist Leif Madsen, a close friend of my in-laws, who gifted it to us when we got married in 2014. That forest is right where we got married, and where Thomas has a summer house, just a one-hour drive south from Copenhagen.

I also see a lot of paper ornaments dangling near the windows.

It looks a bit like Japanese origami, but they’re a Danish tradition that often represents a fairy tale of some sort. We hang them all throughout the year, whether on Christmas or on Easter. The ones you see here, I purchased from Denmark, but locals can find many different versions at shops selling Danish furniture, like a place we like to visit called Dansk (dansk.co.kr) in Gangnam District, southern Seoul.

Other than the essence of natural light, what are some distinctively Danish aspects that make homes in your country different from those in Korea?

A typical home in Denmark is modern and functional, while the kitchen and dining room are normally connected, making them the most important areas within the house.

People pay attention to interior fashion trends and designs, and it would be safe to say that design is almost a national obsession. Everywhere in public and private spaces, from metro stations and libraries to universities and regular shops, visitors can find a strong emphasis on design and display of functional and elegant objects. We also tend to use a lot of natural materials and forms.

We have two beautiful Korean paper artworks that face the sofas in our reception hall, and they fit perfectly with the rest of the Danish interior. Both created by renowned Korean artist Kim Min-jung in 2003, one is titled “Scambio,” while the other is “Evasion.” They were purchased by our Ministry of Foreign Affairs, which bought and furnished this house eight years ago.

We’ve been extremely well received by everyone. I was pregnant when I came, and my daughter Sofie was born here in February 2015. Her birth instantly gave us a very special and warm appreciation for Korea and its people.

We’ve traveled quite a lot before and after Sofie came into our lives, and our favorite places outside Seoul are Jeju Island and the Seoraksan National Park in Gangwon. Being in nature and near the sea is something my family loves.

In Seoul, my favorite spots are Samcheong-dong, central Seoul, for its cozy atmosphere, and Gyeongbok Palace, in the same neighborhood, for its instant calm in the middle of a bustling city.

For some of our readers who are interested in visiting Denmark, do you have any personal suggestions on where to visit?

Copenhagen is a must. It’s a royal capital that’s 900 years old, a mix of ancient history, world-class museums, storybook streetscapes, modern architecture, urban living and nature. It’s a feel-good city where life seems easy and uncomplicated. People bicycle as their main form of transportation. Around the city, visitors will find many parks, lakes, green spaces and bike lanes that stretch as far as 350 kilometers (220 miles).

From left: The “Morning Room,” a small area that’s just under a staircase leading to the couple’s living quarters on the third floor, is their favorite area within the house, where they usually dine and spend their leisure time; traditional Danish paper ornaments hang near a window on the first floor, greeting visitors who walk through the entrance; a part of the family’s vast collection of Royal Copenhagen plates are exhibited in the dining room, where they frequently host receptions for local and international guests; a paper artwork titled “Evasion” (2003), made by artist Kim Min-jung, is one of few Korean items that adorn their reception room. The piece was purchased by the Danish Ministry of Foreign Affairs, which renovated the house in 2008. [PARK SANG-MOON]